Where do LA food writers and chefs go for the best taco? We tapped six to find out …

If Los Angeles had a mascot, it would be the taco. Tacos are to Angelenos what bagels are to New Yorkers. Essentially, loaded tortillas are synonymous with the fiber of our souls. And everyone fights to the last shred of carnitas to defend their favorite taco place. From some of the city’s primo chefs, like Curtis Stone and Michael Cimarusti, and a taco-vigilante food writer, here’s where to find the best tacos in Los Angeles:

Van Nuys, $
Phillip Frankland Lee (Scratch, Gadarene Swine): Arguably my favorite taco chain in LA, yes I argue with myself, but only about the important things. Taco Tuesdays are 3 for $1 and the tacos are always super delicious. They have killer lengua and, to be honest, the carne asada may be my favorite around. 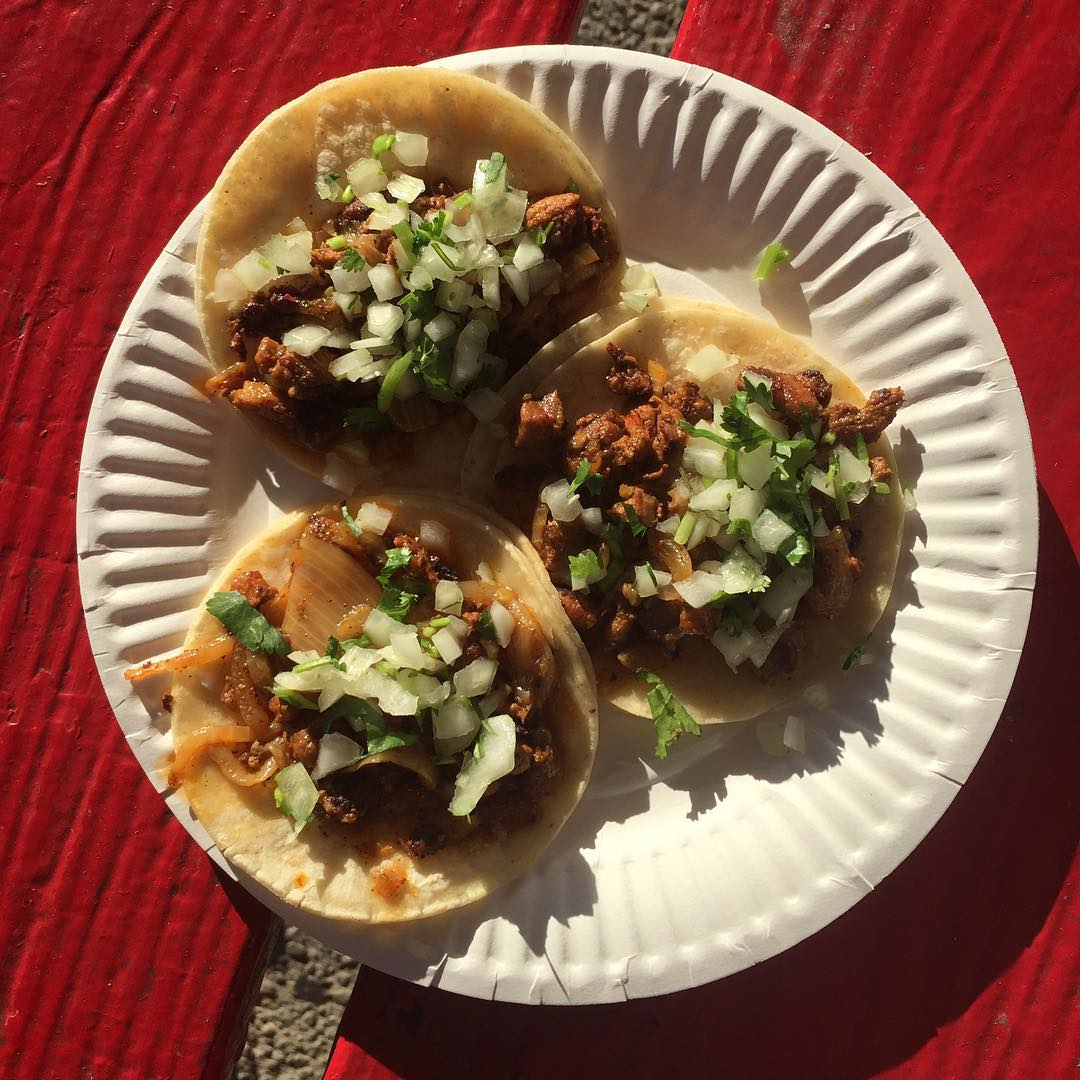 Mid-City, $
Farley Elliot (Eater LA): With a quarter of the lines of their anti-hero counterpart around the corner (that'd be Tacos Leo on Venice / La Brea), Tacos Tamix is often the better choice just in terms of timing alone. Don't tell anyone or you might get screamed at, but it may also be the right choice based on their superior tacos, too. Thick slices of al pastor are the order here, served fresh off the vertical spit (called atrompo) and onto your waiting tortilla. Dress them as you wish. 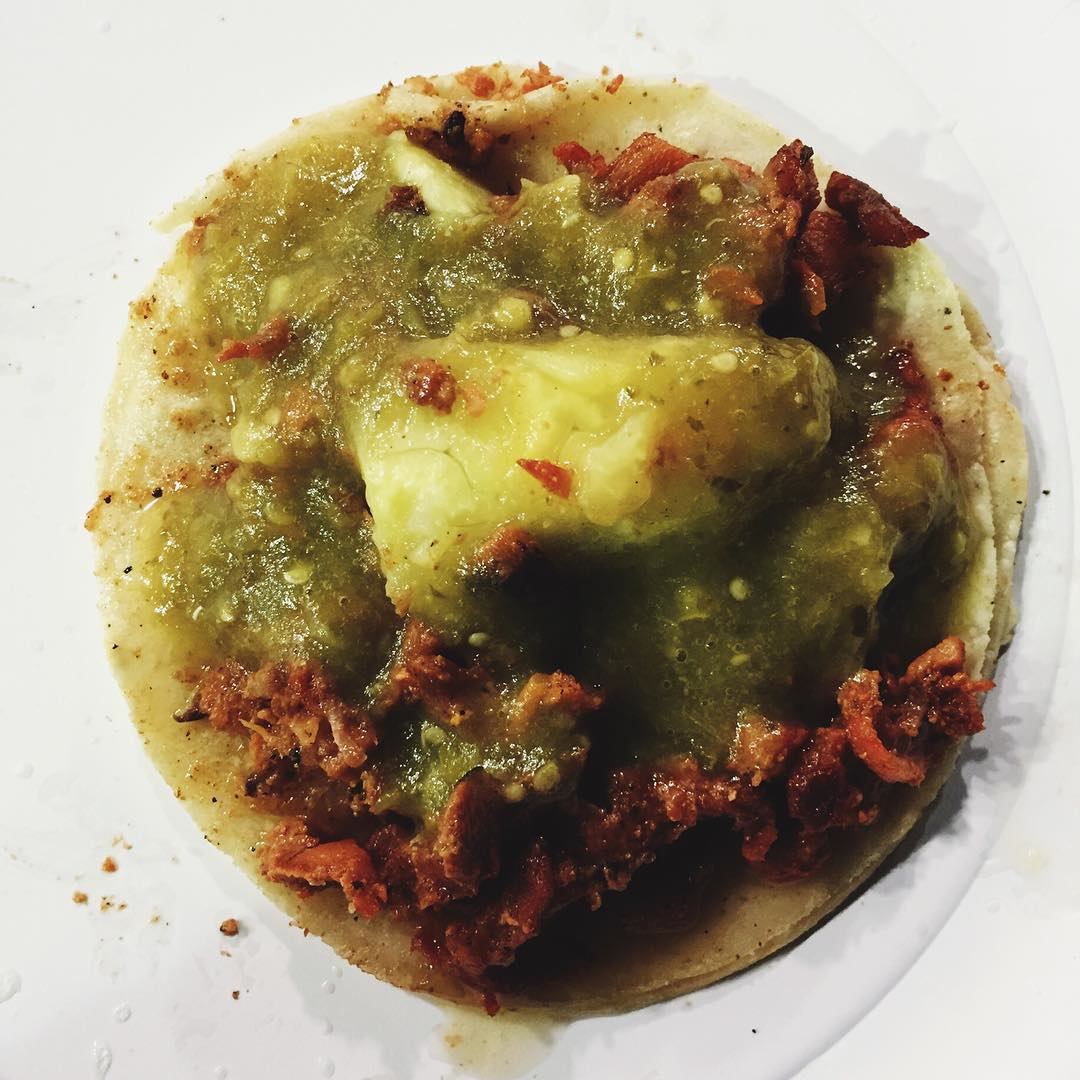 Mid-City, $
Curtis Stone (Maude): When I head down to east LA, I have a few spots I like to stop along the way. One is El Chato taco truck, which has dollar-tacos. Carnitas. But know in advance that you’re literally eating out in the street.

Sean Lowenthal (Little Beast): The tacos are authentic and fantastic and it’s a nice pre-shift ritual with our kitchen staff to get some tacos before service.

Michael Cimarusti (Providence, Connie & Ted's, Cape Seafood and Provisions): My Taco is our home away from home in Highland Park—great birria, carnitas and chile rojo. The carne asada fries are a guilty pleasure that I allow myself and my kids about once a year. 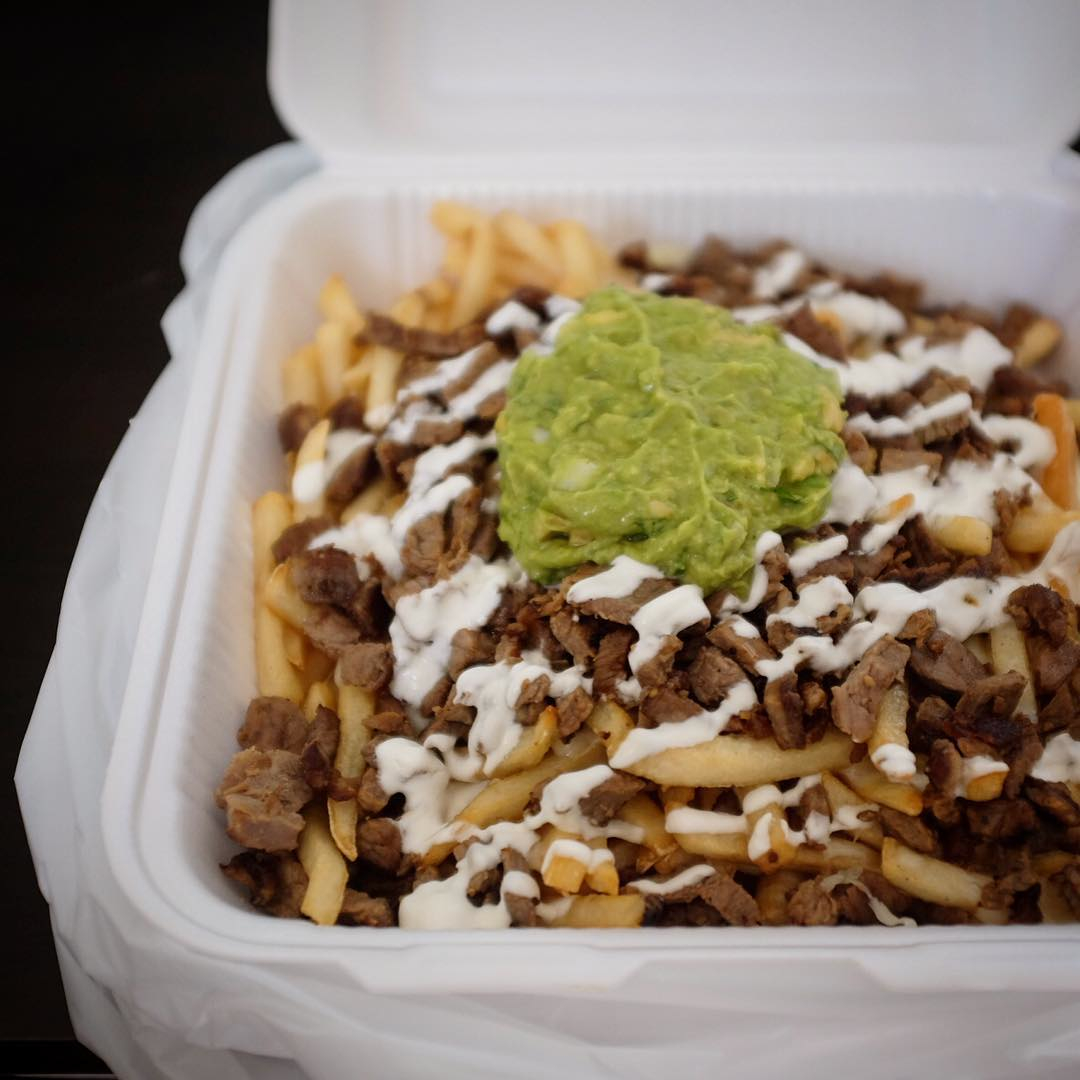 Highland Park, $
Farley Elliot (Eater LA): Friend and fellow food writer Garrett Snyder turned me onto this longtime Highland Park space, which is a fading part of a legacy of hard-shelled, Americanized taco stands that used to proliferate across Southern California. Think Taco Bell, but original and better. Each taco still hovers at the $1 mark, and they're crunchy, fake-cheesy, and totally delicious. Not what you think of when you consider the taco in Los Angeles, but places like Taco Fiesta are absolutely an indelible part of our city's varied landscape. Plus you can grab a bag and take them into Dodgers Stadium for like $10, which always makes the people in your section jealous. 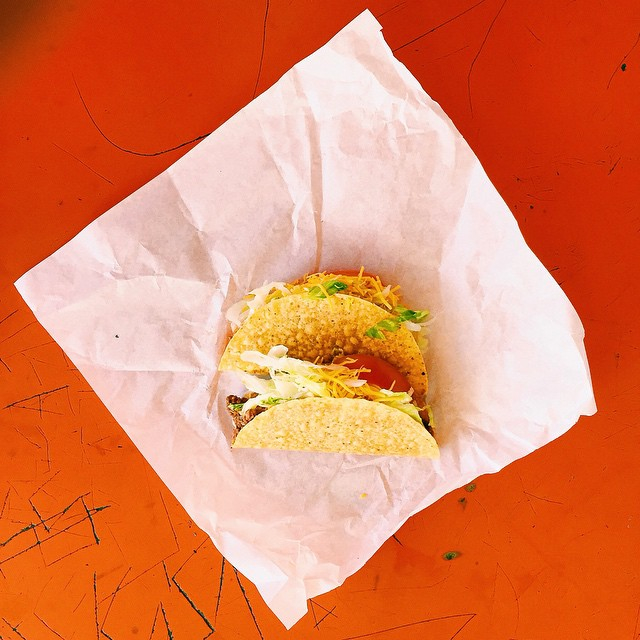 Boyle Heights, $
Farley Elliott (Eater LA): Consider this the cousin to L.A.'s al pastor obsession. When largely Lebanese migrants began flooding Mexico in the early 1900's, they brought with them their vertical spits and uniquely Middle Eastern flavors, but modified them to fit the Mexican palate. One result is the taco arabe, a hefty half-gyro concoction served on a large pan arabe, which is sort of like a flour tortilla. Cumin-laced meat is shaved from the spit into the taco, and then laced across with stringy, chewy Oaxacan cheese. These bad boys might be unlike anything you've had previously in Los Angeles, and that's by design. Just don't call it fusion food: this is stuff that's been happening in Mexico for a century or so. 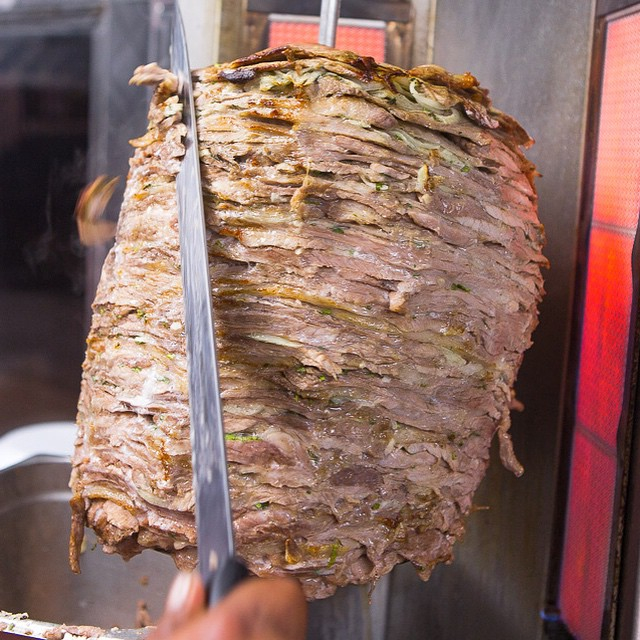 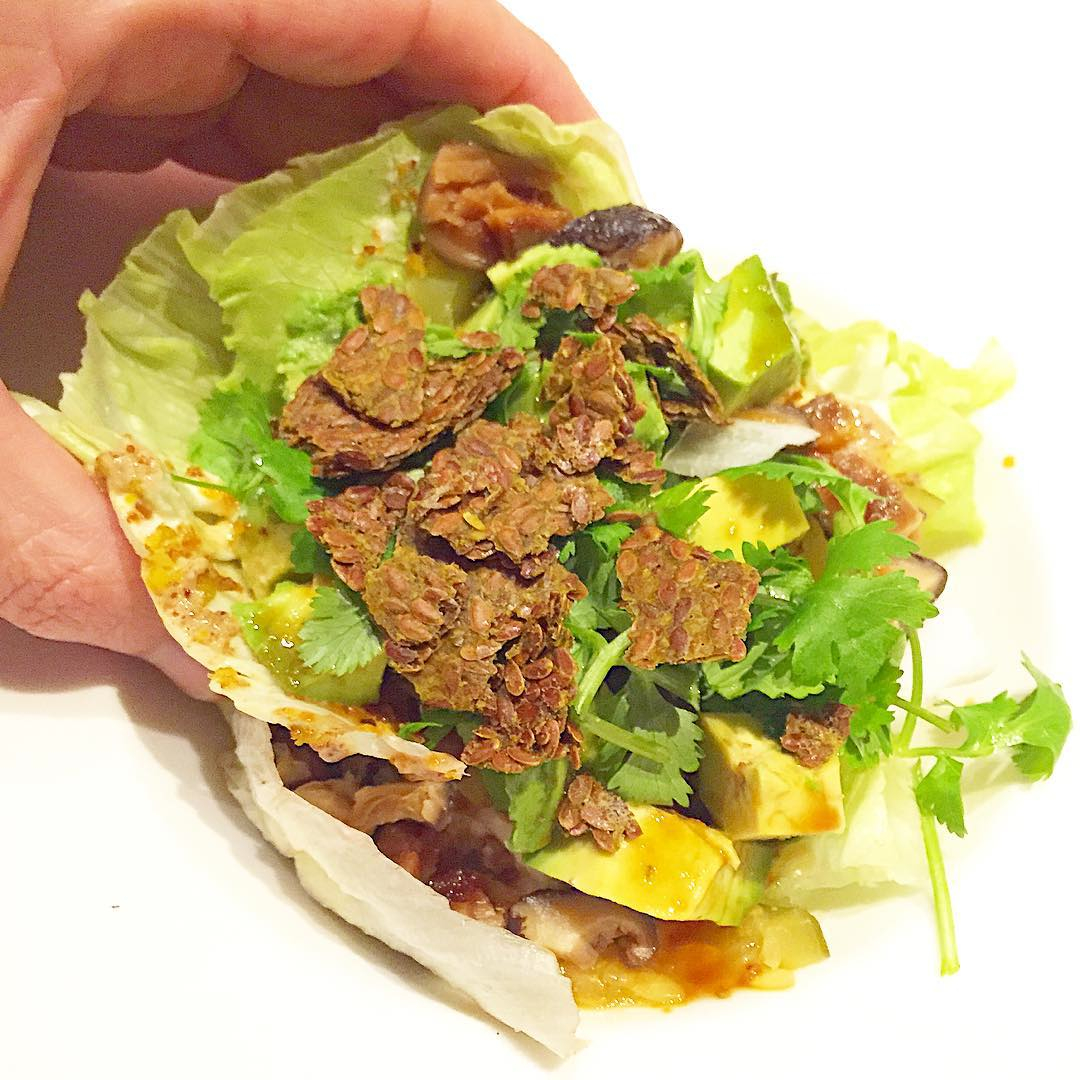 Watts, $
Farley Elliot: Roy Choi and Daniel Patterson's genre-bending fast food spot is now up and running in Watts, and the early word is that the 'foldies' are the way to go. Sort of a crossbreed between a traditional fast food-style bastardized taco and something steamed through with pungent flavors (a la the tacos de canasta of Mexico), each low-cost, high-quality option — including carnitas and machaca — is a $2 bill worth being spent. 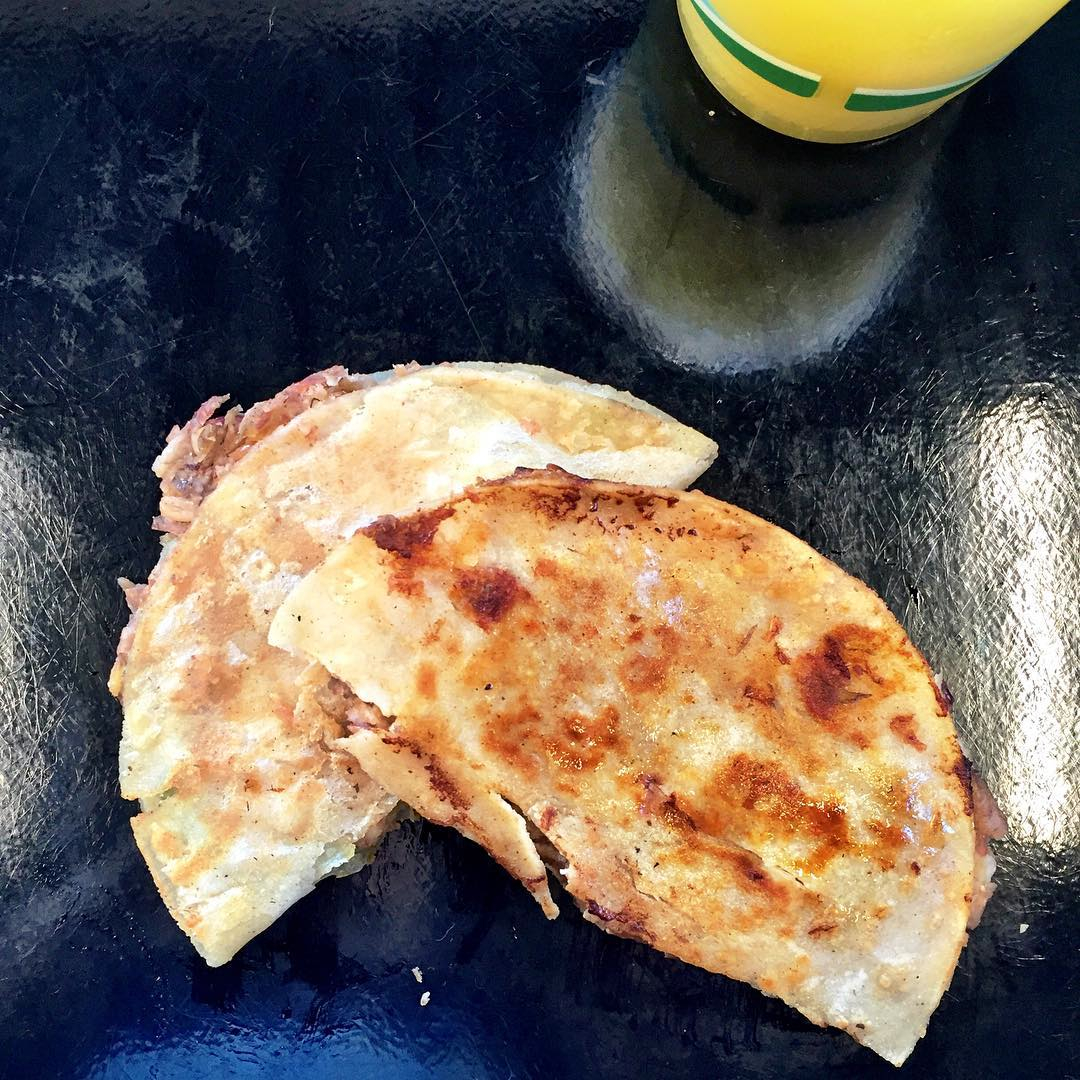 South LA, $
Farley Elliot (Eater LA): This longtime South LA street stop was for years known mostly for its weekend-only carnitas binges, wherein huge cazos (traditionally a large copper pot filled with lard to slow-cook the pork in, funky parts and all) full of meat would roll until the early afternoon, when inevitably the trailer would sell out. Of late they've also been doing some of the city's most impressive al pastor (being able to excel at two completely different taco styles is a rarity), and even added a colorful new truck to the mix. This place is maybe the best kept secret that nearby USC kids ought to know about. 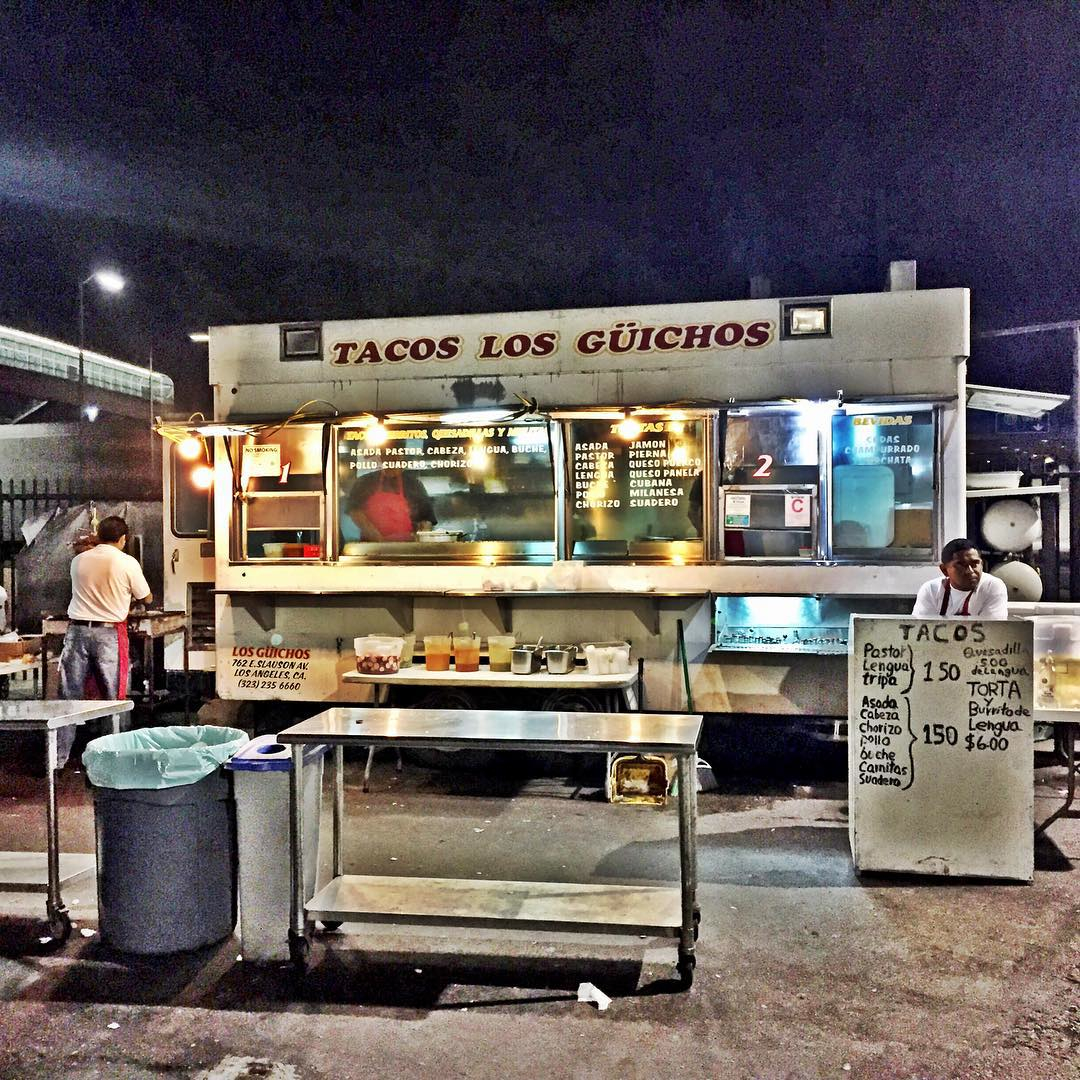