Little Tokyo isn't the only escape to Japan in Los Angeles

LA isn’t known for being a walkable city, but on Sawtelle, you can meander from Santa Monica Blvd. to Olympic and only think to check your phone twice. That’s right, folks—eight blocks of mostly Japanese-influenced eats, treats, boutiques and, uh, plant nurseries to tickle your fancies and cravings for all things Asian.
Home to four of Jonathan Gold’s “101 Best Restaurants in LA”, Sawtelle is one of the most culturally significant streets on the Westside.  In February 2015, the Los Angeles City Council finally designated it as “Sawtelle Japantown." Here, you can eat authentic tsukemen, buy Sanrio and Rilakkuma products, slurp boba that isn’t nasty and of course, consume sushi at all price points imaginable.
Although the neighborhood is home to a large Japanese-American population, these days, the Japanese influence is just one of the many cultures represented on the street.
Need some guidance on exploring one of LA’s most multiculturally mosaicked neighborhoods? Here’s your cheat sheet to the best eats, treats and boutiques of Sawtelle Japantown:

Asahi Ramen
If you love K-BBQ for the buttload of side dishes that come with it, then Asahi Ramen should be next on your list. They might use a hefty sprinkling of MSG, and it’s definitely not the best ramen on the street, but when a restaurant remains consistently scrumptious for years on end, we remain loyal.
Bachi Burger West Los Angeles
Just because you’re in Japantown doesn’t mean you can’t find a top-shelf burger. And Bachi Burger  has it—with an Asian influence. Head to Bachi for a juicy gourmet burger with customizable options so outlandishly marvelous that drugs were probably involved in the initial creation.  Waygu beef, unagi, foie gras, Asian pear, peach and miso butter on a taro bun? OK, Shogun Burger. We see you. 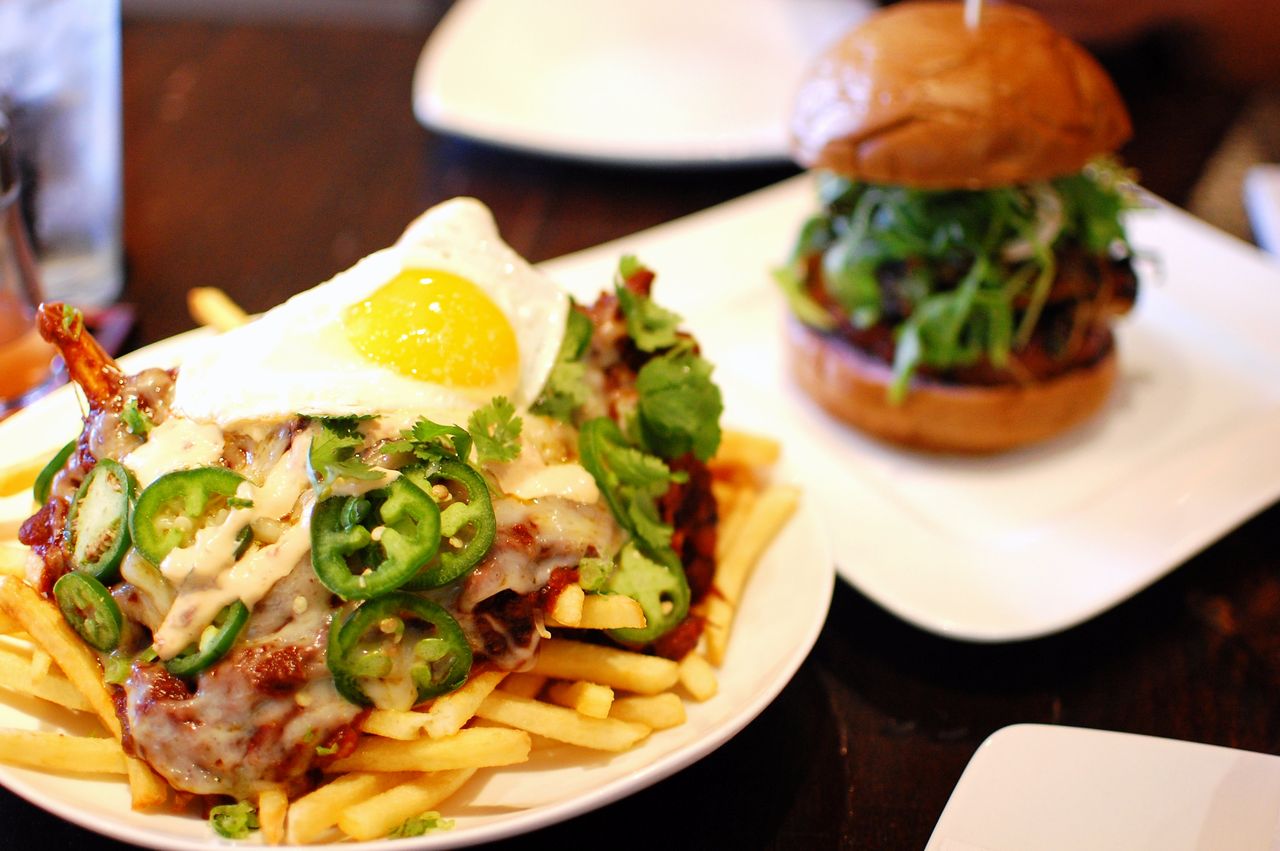 When at Bachi Burger, you can't not get the oxtail chili cheese fries.

Bar Hayama
In the mood for sushi? Hells, yeah. But if you don’t want to spend half your paycheck or end up with sketchy deep-fried fish mixed with mayo and plopped onto a conveyor belt, then Bar Hayama is for you. With above average sushi, this restaurant boasts a cozy, communal fire pit and some of the best damn miso cod this side of the LA River. Go ahead and take that pink-haired chick you met on Hinge here for dinner.
Daikokuya
There always seems to be a two-hour wait at this ramen house. But, once you try a spicy ramen and shredded pork bowl combo, you’ll understand why it’s worth it. Thank us later.
Flores + Sons
A relative newcomer on the Sawtelle scene,Flores + Sons is an ideal date spot serving American comfort foods for brunch, lunch and dinner. Head over for happy hour from 4:30-6:30 pm for $5 beer and wine and price-is-right bar snacks like oysters, BBQ chicken sliders and olives.
Hide Sushi
Pronounced “HEE-day,” this old school sushi joint is a Sawtelle can’t-miss classic. If you’re sick of all of the wannabe hip, mediocre sushi spots that have infested the nation, step back to the unintentional 80’s décor at Hide and indulge in some fresh, no-frills fish.
Kiriko
If you’ve got the cash flow—omakase is the way to go at this intimate sushi spot. Not only is it Jonathan Gold approved, but also owner Ken Namba is one of America’s few certified sake masters.
Nijiya Market
Enter this small Japanese chain market and be transported to Tokyo. They have it all, from green tea flavored everything (including Kit-Kat bars!) to obscure but tasty Asian grocery snacks. They also have an unmatched grab n’ go section where you can snatch fresh sushi, bento boxes and pastries to go. 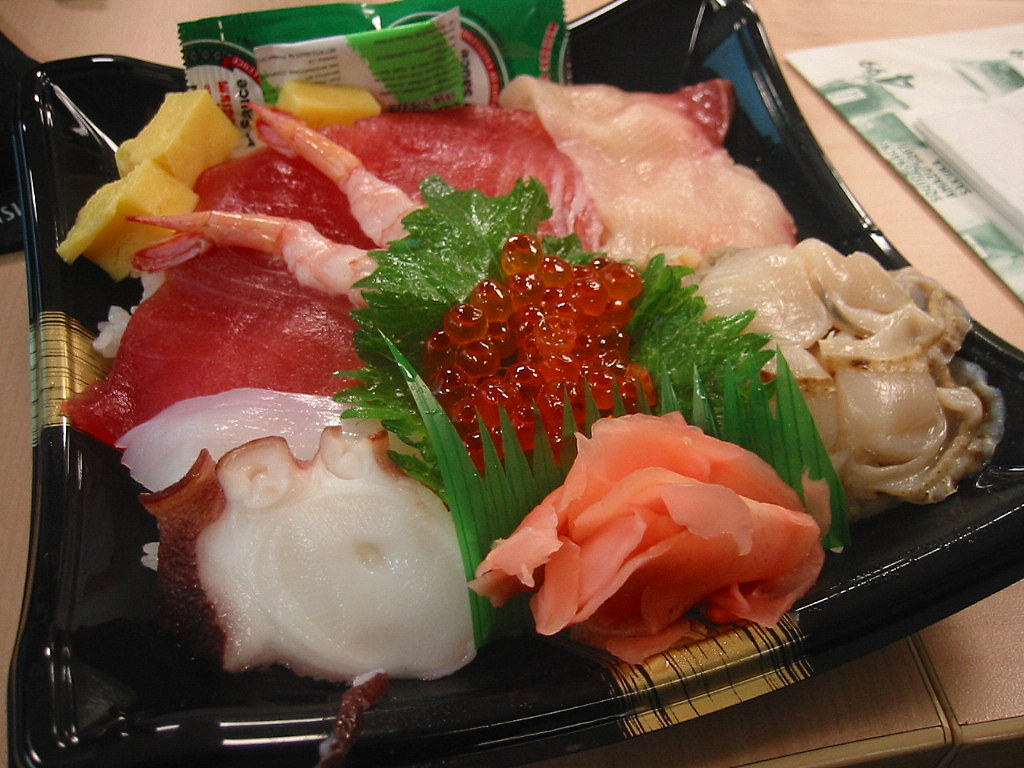 The perfect grab n' go lunch, the Chirasi bowl from Nijiya Market will only set you back about $5.

Nong La Cafe, Sawtelle
If I haven’t made it clear, Sawtelle is loaded with a treasure trove of exceptional restaurants. And yet, I sometimes find myself going to Nong La twice in the same week. Why? Because it’s always high-time for affordable, modern Vietnamese food. It’s "so fresh and so clean" that even Andre 3000 would approve of the chicken pho, steak bun salad and pork bahn mi.
Plan Check Kitchen + Bar
This good ol’ American comfort food isn’t so old after all with their revolutionary ketchup leather squares that top their famous burger. Never cry about a too-slippery burger again! 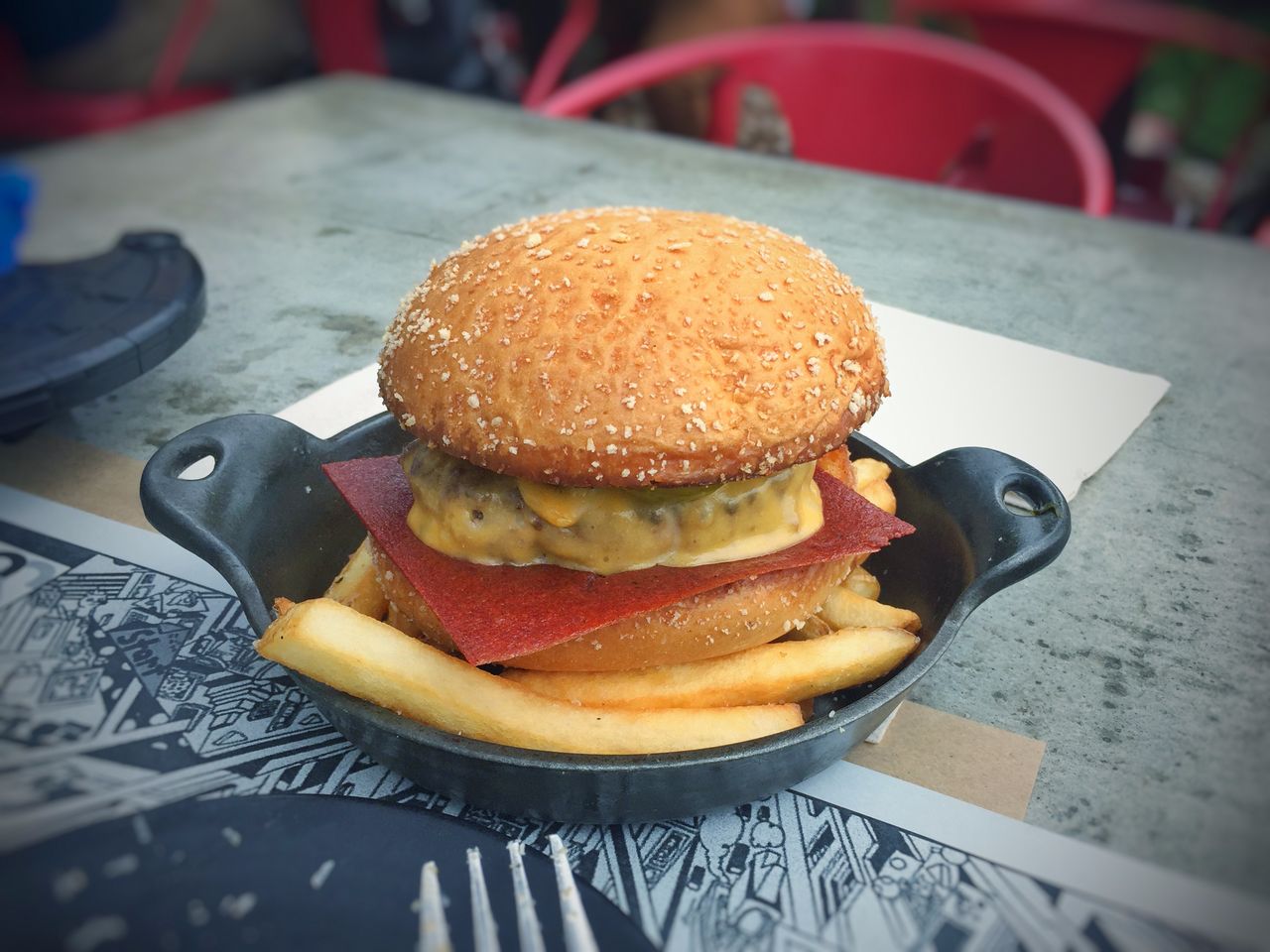 ROC Kitchen
For when Xiao Long Bao cravings strike on the Westside, this is the viable option. Though ROC  might not be Din Tai Fung, their soup dumplings are juicy, adorable and fly out like hotcakes. 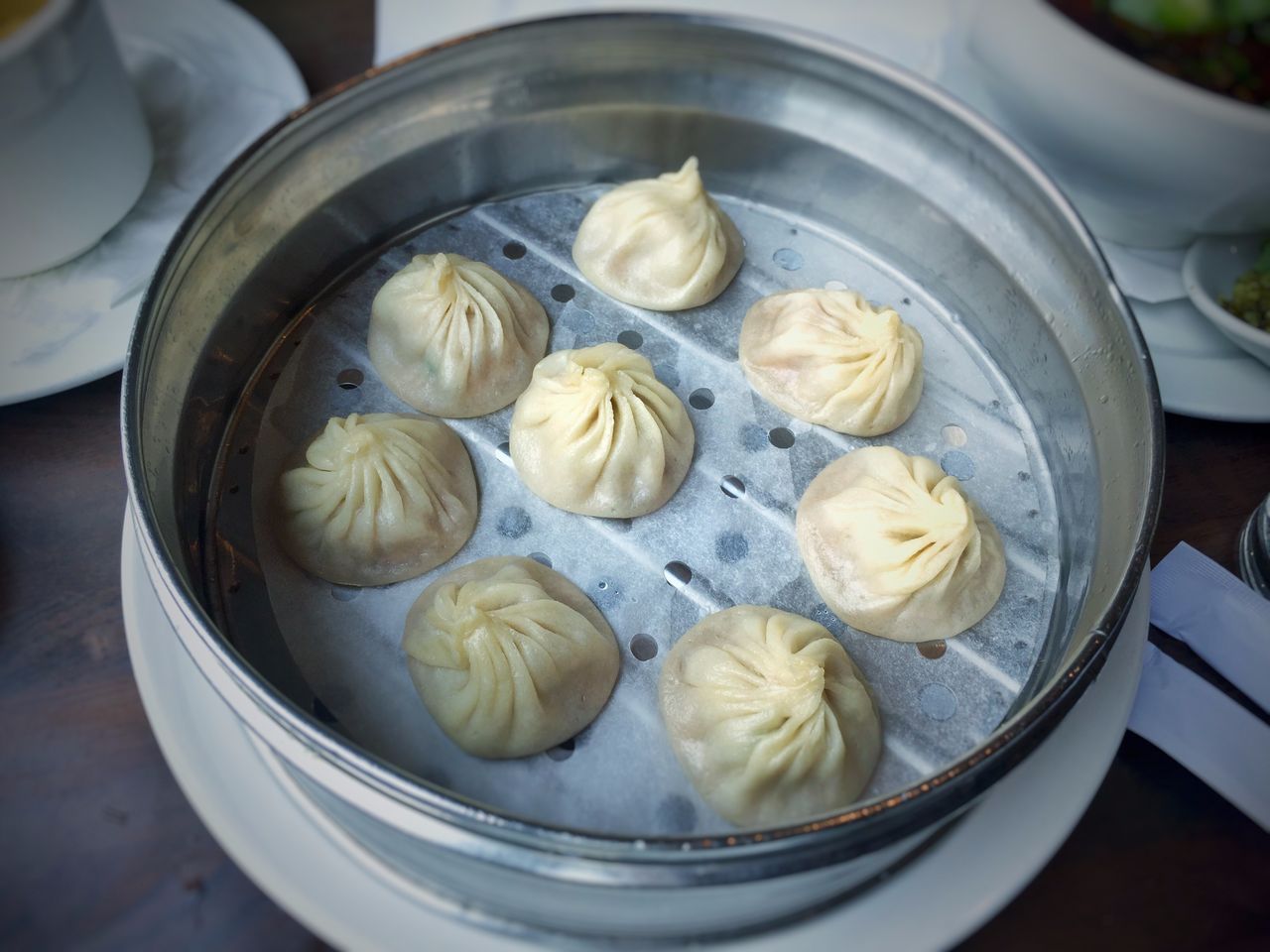 The Xiao Long Bao at ROC Kitchen are the best in West LA.

Seoul Sausage Co.
Is Seoul Sausage Company’s mission, to take over the world one sausage at a time, a mission impossible? That’s for you to decide, but only after you try a spicy pork sausage and a flaming rice ball at this order-at-the-counter trendy spot that’s taking LA by storm.
Tatsu Ramen, Sawtelle
If you want a hearty bowl of ramen, but want to interact with zero humans, Tatsu is for you. Order and customize your meal on an iPad, and then let the spice ensue. Don’t forget to always #putaneggonit.
Tofu Ya
After undergoing a renovation to appeal to Sawtelle’s younger vibe, this Korean joint’s ambiance now matches its food—which has been the bomb for the past decade.  If you order a soon tofu soup and a plate of bulgolgi, not only will you leave feeling spicy and satisfied, but you’ll have tomorrow’s lunch in a to-go box.
Tsujita LA Artisan Noodles Annex
Is Tsujita a cult? Maybe, but no matter. Also on Jonathan Gold’s list, Tsujita tsukemen and ramen are so good, there’s no need to question your compliance with waiting an hour outside to slurp their umami-rich, authentic soups. 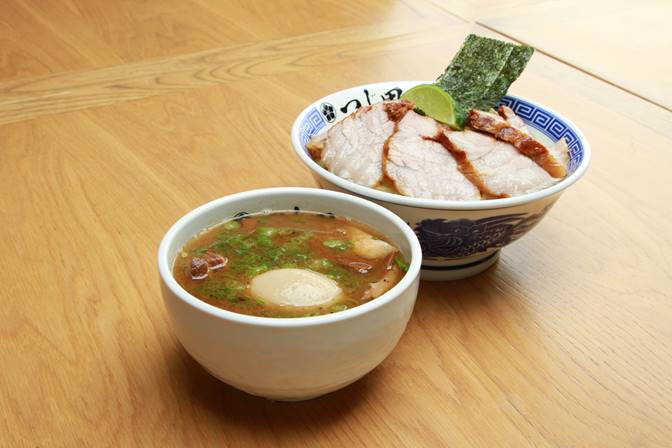 It's worth the long wait at Tsujita LA for this soupy, salty goodness.

Yakitoriya
If you like no-frills and a never-ending flow of grilled skewers, Yakitoriya is a fun place to stuff your face while watching the chef play with fire. Yakitoriya is not known for good service, but it’s worth leaving your comfort zone for chicken liver and quail eggs skewers.

B Sweet Dessert Bar
No need to beat around the bush when recommending this welcoming wood-paneled sweet shop. Here’s what you’ve got to try: nitro coffee on tap, bread pudding, sluttiest brownie with a scoop of vanilla on top, and the Halo (ice cream sandwiched betwixt donuts). Book your dentist appointment in advance. 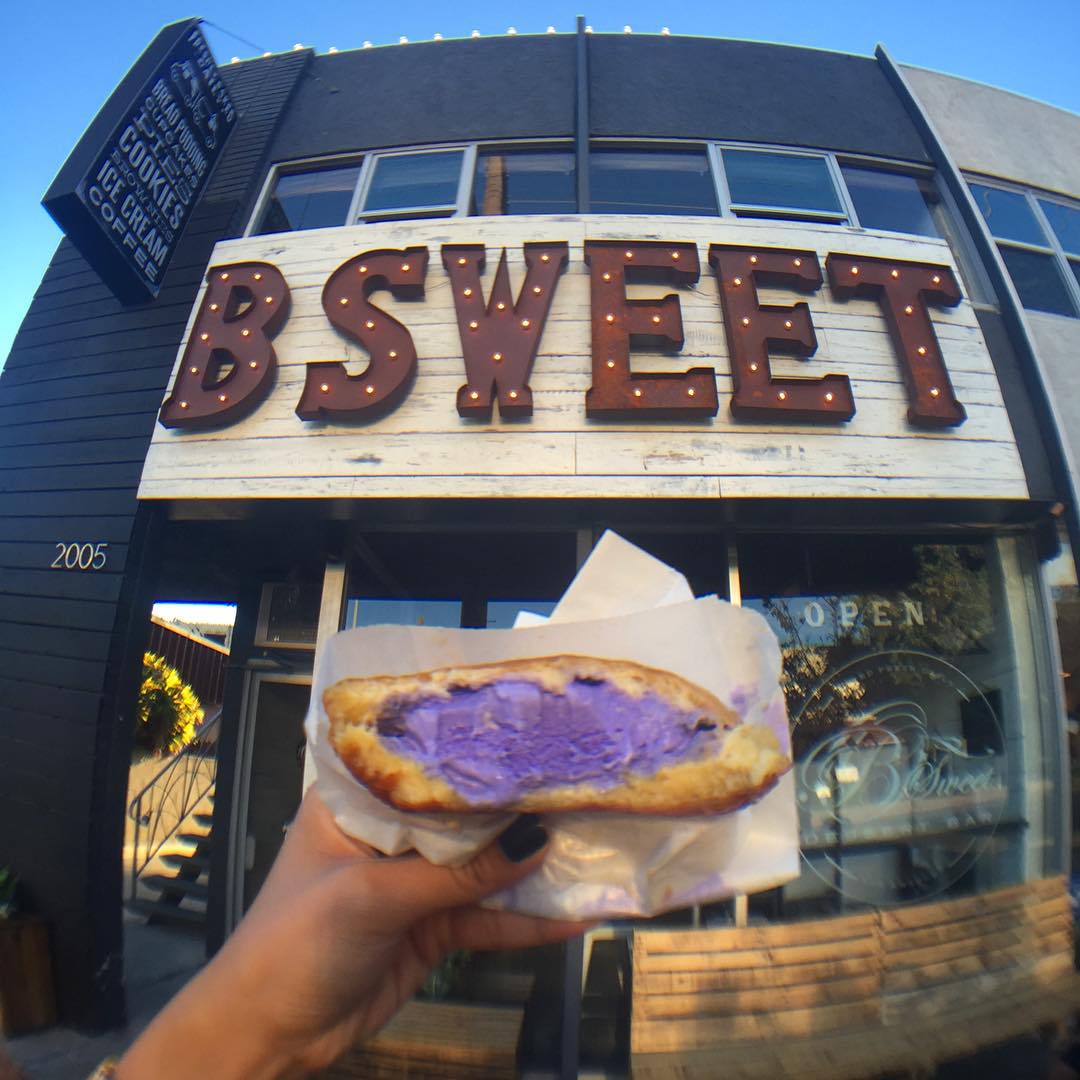 Step up your dessert game with B Sweet's ube halo ice cream sandwich.

Beard Papa's Sawtelle
This O.G. bakery dishes out modest cream puffs with fillings like green tea, vanilla and chocolate custard to a very loyal customer base. Beard Papa's might just be “The World’s Best”, according to their website claim, because their recipe is tried n’ true. The first shop opened in Osaka, Japan in 1999.
Blockheads Shavery
Although Blockheads is classified as shaved ice, it’s really ice cream that’s shaved into airy cascades of creamy delight. The servings are huge, so find a dairy partner, but be ready to argue over which flavors and toppings to choose from. Green tea, black sesame, salted caramel, rice cakes, red bean, fruit, candy … Choose Your Own Adventure. 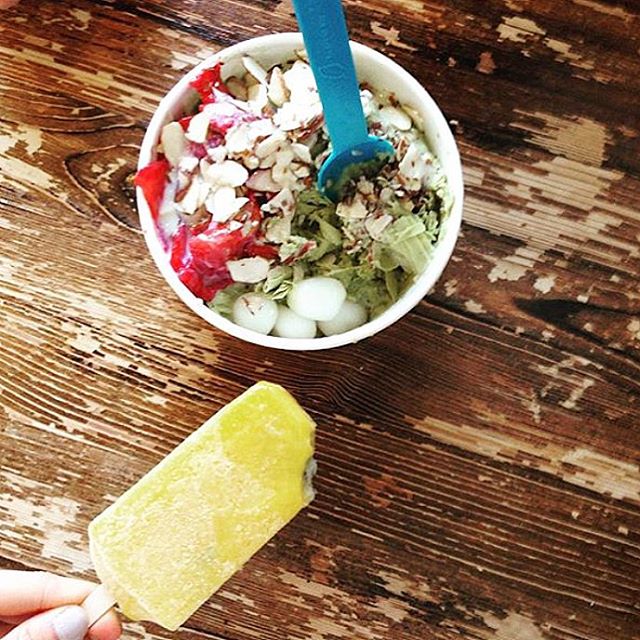 Coffee Tomo
Directly translated as ‘friend’ in Japanese, Tomo is a lovely little coffee spot to have a cup with a friend, or to set up shop and bang out the eighth draft of that pilot you’ve been working on. Coffee Tomo's gourmet, hand-dripped coffee is made with care, so don’t expect to be in and out in less than five minutes.
Honeymee
Since it opened in 2015, Honeymee's photogenic cups of milk ice cream with their trademark honey has been tearing through every food blogger’s Instagram. This velvety, but not too rich goodness is worth the hype. 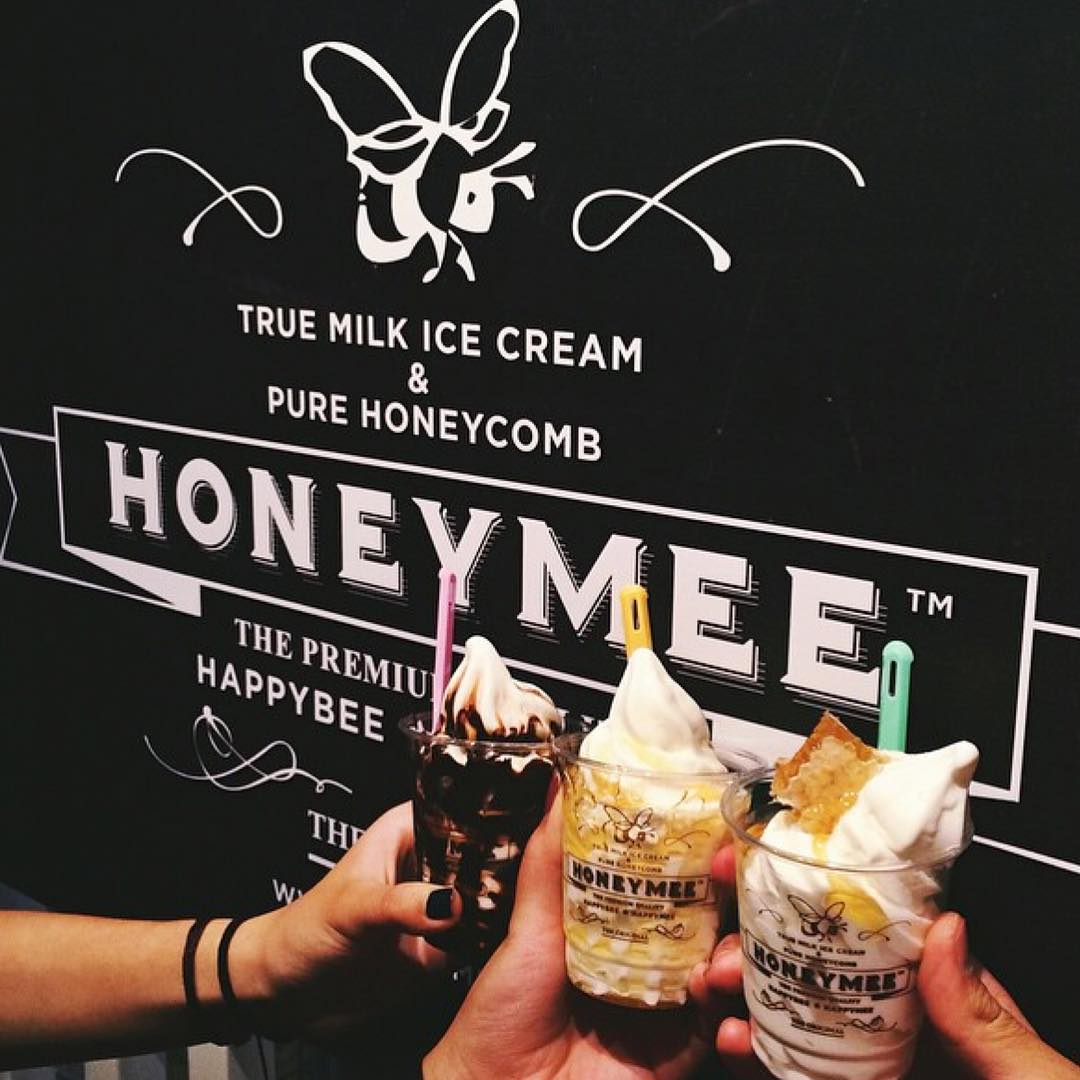 Honeymee is new on the scene, and their soft serve ice cream with honeycombs is a breath of fresh air.

Volcano Tea House
I could write a love letter to Volcano Tea. Boba, bubble tea, whatever you want to call it, theirs has become a staple in many of our lives. There are other boba options on Sawtelle, but Volcano’s tastes way better than mystery liquid crammed into a cup. Whether you try their house milk tea, taro tea or watermelon slush, there’s a flavor for every mood. And they’re open till 1 or 2 a.m., a rarity in West LA.

Black Market
Black Market is the store that every hipster wants to shop at, but not every hipster can afford. This clothes and accessories boutique is always pumping good jams to set the mood for shuffling through immaculately folded graphic tees and fiddling with funky trinkets. If you need a gift for someone who knows what’s up, you’ll find it here. 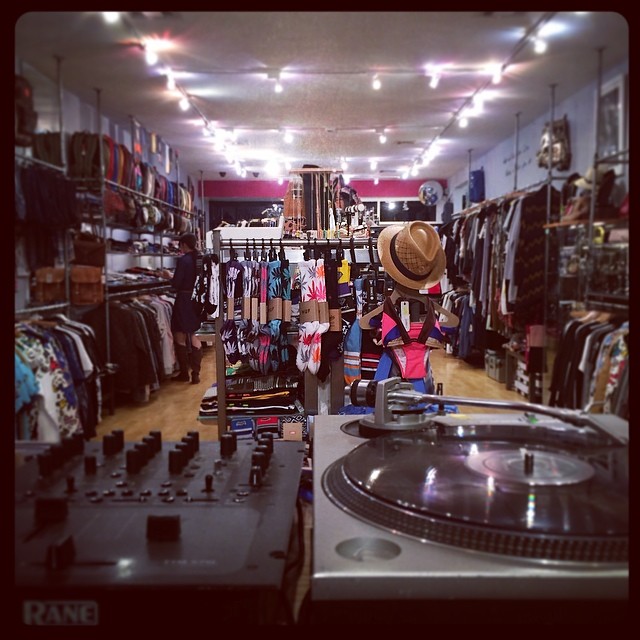 Daiso Japan
Daiso may not exactly be a boutique, but this Japanese department store has everything from clothes and kitchen supplies to snacks and unexpected doodads. The best part? Everything in this Japanese store of wonders costs $1.50—unless labeled otherwise.
Giant Robot Store and GR2 Gallery
If you’re not familiar with Giant Robot, think of it as an Asian and Asian-American pop culture oasis. In other words, Giant Robot makes and carries accessories, housewares, toys and much more that will have you covering your mouth and giggling like a Japanese school girl.
Lune Noir
Now that most of the one-of-a-kind boutiques on Abbot Kinney that we knew and loved have been pushed out by expensive international designer brands, finding indie clothing shops on the Westside ain’t easy.Lune Noir is a lovely exception featuring local designers and high-end brands at affordable prices. Get your BFF a gift here.
Tokyo Japanese Outlet
Some call it Hello Kitty heaven, others call it, “that absurd store next to Volcano Tea House,” but really it’s Tokyo Japanese Outlet. You can easily lose track of time in here guffawing at the cute Rilakkuma and Sanrio stuffed animals and sorting through school supplies that look like they belong in a bento box. 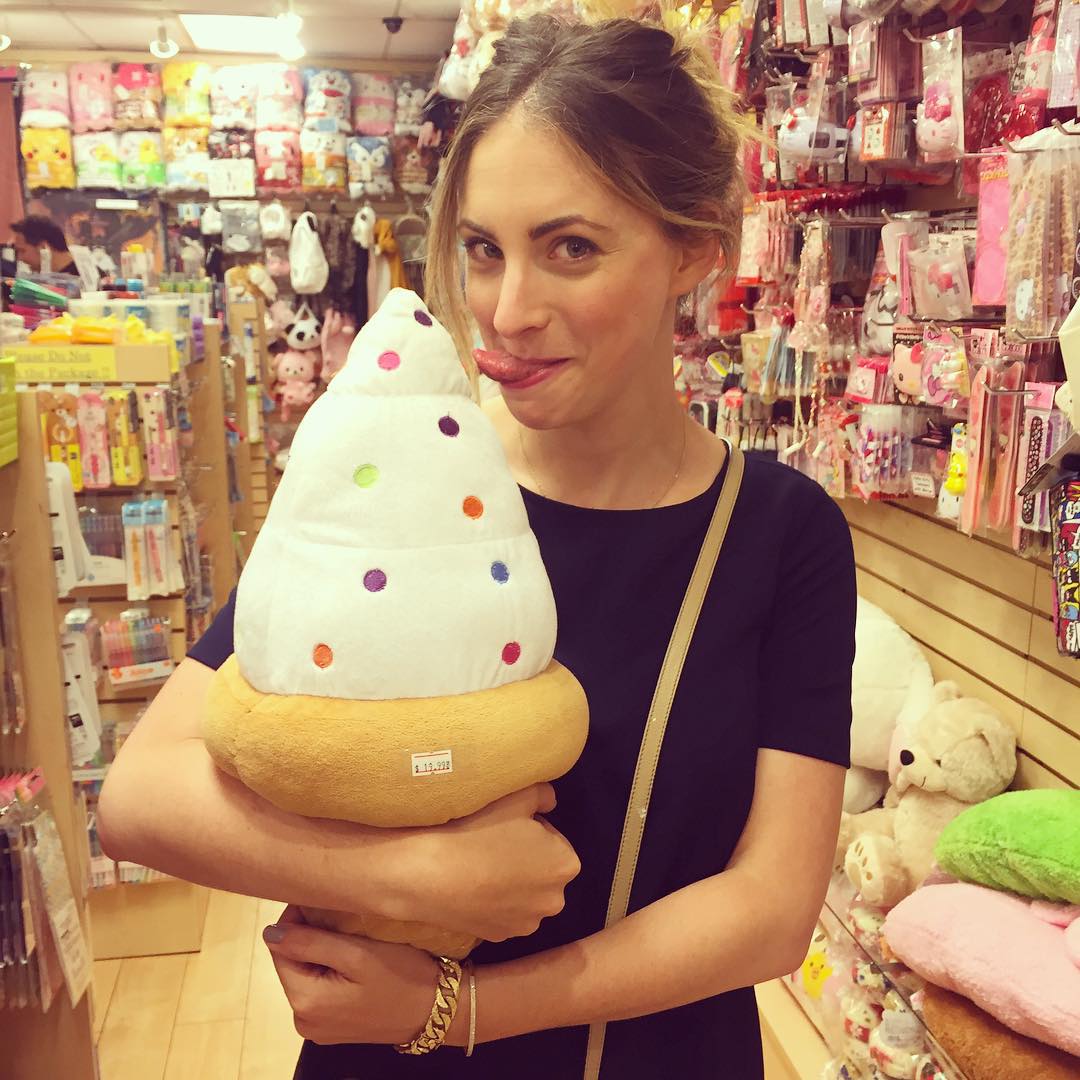 Everything at Tokyo Japanese Outlet is cute enough to lick.

Touch Vinyl
This is more than just another record store holding on for dear life as the last of the yuppies let their Urban Outfitters-bought record players collect dust under the bed. Check out Touch Vinyl for listening parties, guest DJs, screening or simply recommendations from knowledgeable music lovers. Vinyl virgins are welcome. 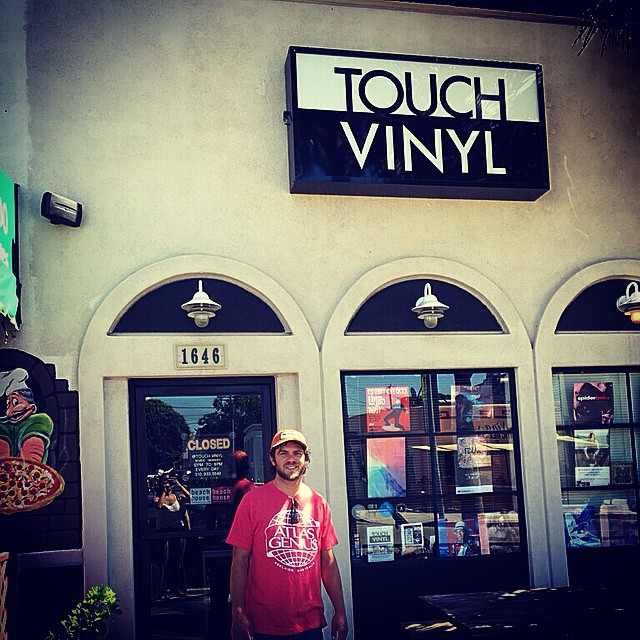 Stay up to date with Touch Vinyl's special events for parties and screenings.

Arden Shore is a writer, dot connector and sock collector from Los Angeles who believes if everyone wore more yellow, we would be one step closer to world peace. Follow her meanderings @ardyparty.
Featured image of Tokyo Japanese Outlet  by Arden Shore