A Day in the Life of a Domme

For LA-based dominatrix Mistress Veronica Vixen, the pursuit of pleasure is both vocation and sport. In her line of work, there are no losers, only winners. But the guaranteed grand prize— pleasure—comes at a high cost.
“Money. [She laughs.] Not breakfast, not the orgasm, but getting money! Fuck all that other stuff, it’s about the money. Men paying me to beat the shit out of them—make them scream like a little bitch, is the ultimate cherry on top of the sundae,” says Mistress Veronica in her “I’d Fuck Me Too” t-shirt.
Essentially, her clientele find pleasure in paying to pleasure her. Her clients are her playthings. If you ask the Domme what a “client” even means, she could provide a laundry list of individuals in high places, but regardless of their social status, each of her “slaves” (as she endearingly refers to them) is her servant. Through a balance of education and consent, Misstress Veronica Vixen trains her slaves to be completely subservient, which results in pleasure at its purest for both parties. 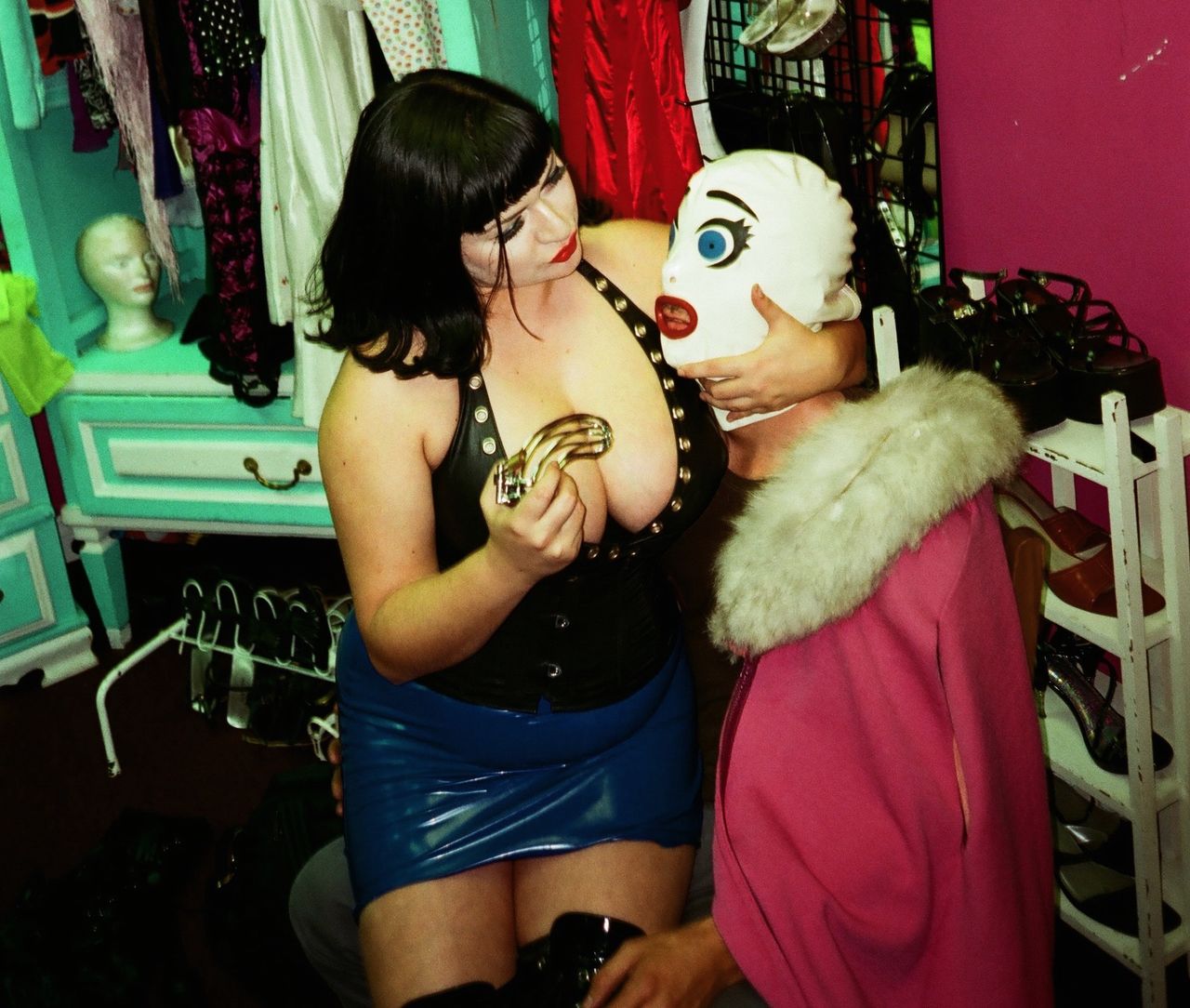 The power to seduce and control is one of undeniable tenacity and is more sought after than you might think. A sexually charged, yet professional and consensual business transaction creates an unusual playing field where Domme and sub circumvent societal expectations and exhibit their deepest (and sometimes darkest) desires.

“I love building my slaves up to their ultimate tolerance, especially my pain sluts. Not to what they think it is, but what it actually is. Getting them lost in adrenaline and pleasure. Taking them deep is what makes me happy. Breaking them down, keeping them committed, intrigued and crawling back for more. I love the extreme. I love being a sadist. “ 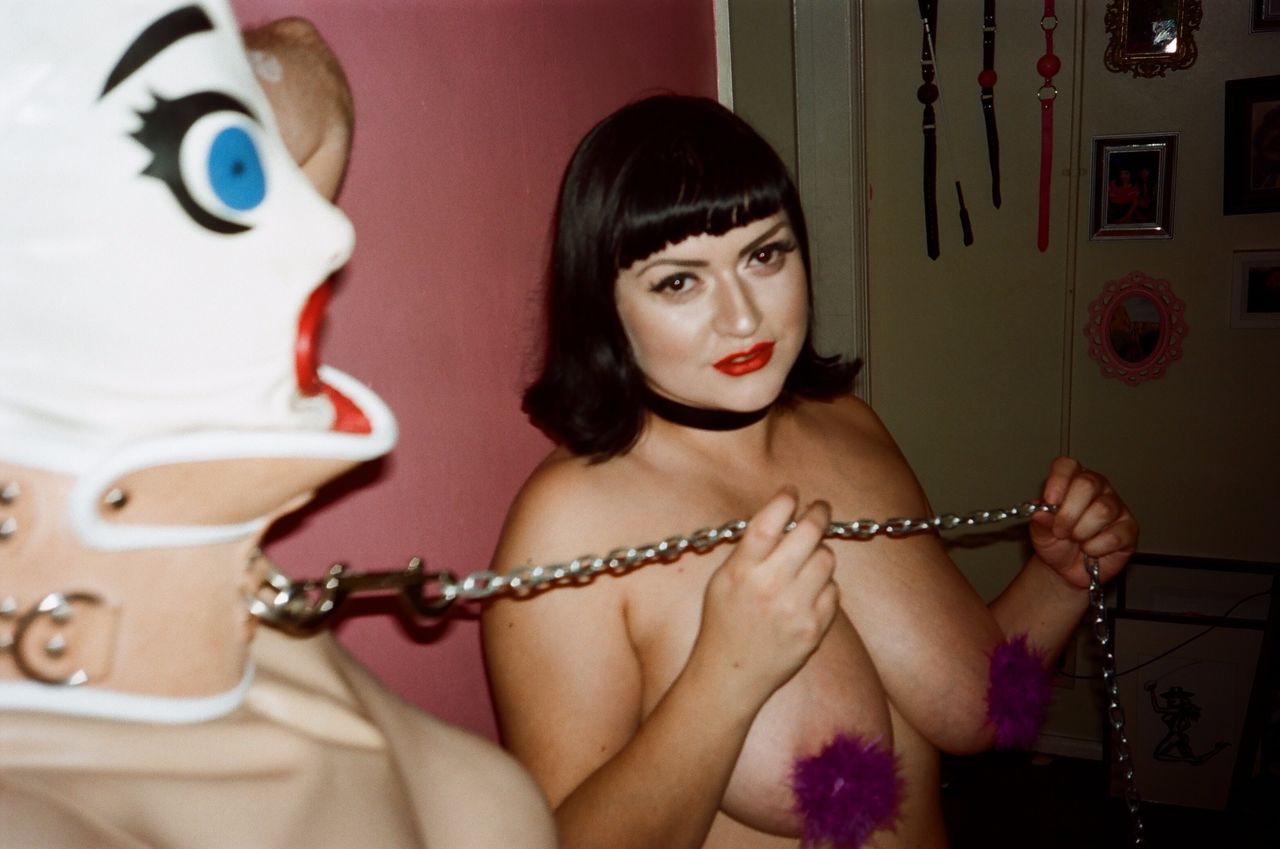 Mistress Veronica putting a client in his place at Sanctuary Studios LAX.

Though her life might seem out of the ordinary to say the least, the Domme’s day starts off just like yours—online. But unlike you, she’s checking to see which new or former clients want to give her “their mind and wallet.” 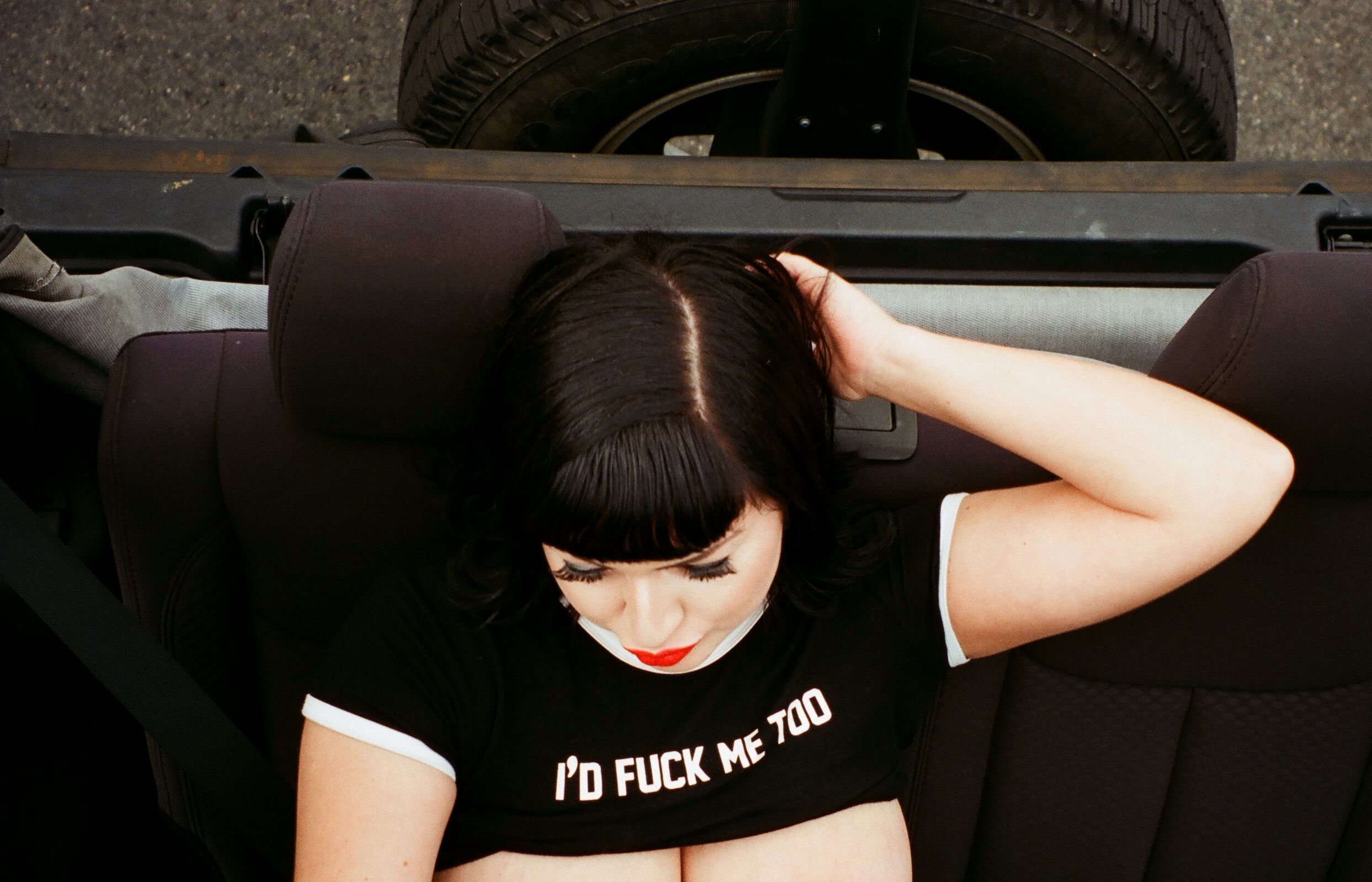 How did you make the journey to becoming Mistress Veronica Vixen?

Misstress Veronica Vixen: The journey began as a slow progression in my early twenties, escalating quickly three years ago when I went pro. After I came to the realization that I am a kinky person, there was never a dull moment in bed. Being a dominant woman came natural to me. I had few limits and could easily adjust to the extreme.

It seems like younger people are much more curious and open to exploration than in the past.

MVV: For sure. I grab a wide variety of attention from many types of people with my art erotic style. I appeal to the younger generation because of it, but I can also capture the curiosity of someone you wouldn’t expect, like the stereotypical machismo-loser-dude-bro. When I first started out, most of my clients were older, typically white male submissives in this underground taboo scene. Since then I have seen a rise in younger subs approaching me. Social media (like Twitter, Instagram and Tumblr) really help to reach that audience. Wearing collars and bondage is out there in fashion and art a lot! I want to drive these young submissive perverts to explore beyond the sexual art aesthetic.

What is your aesthetic?

MVV: While it is beautiful, I’m not trying to go for just the classic Domme look.I love my black and latex but ultimately my style is colorful, vibrant and bubbly. I’m trying to broaden people’s horizons of what a sadist looks and acts like. You know the girl next door? Well, she can be a fucking cunt bitch too. She doesn’t have to be wearing leather or give icey cold looks. I merge my fetish style with pop colors and underlying dark tones. My kink content comes off as playful, unexpected and highly stylized. 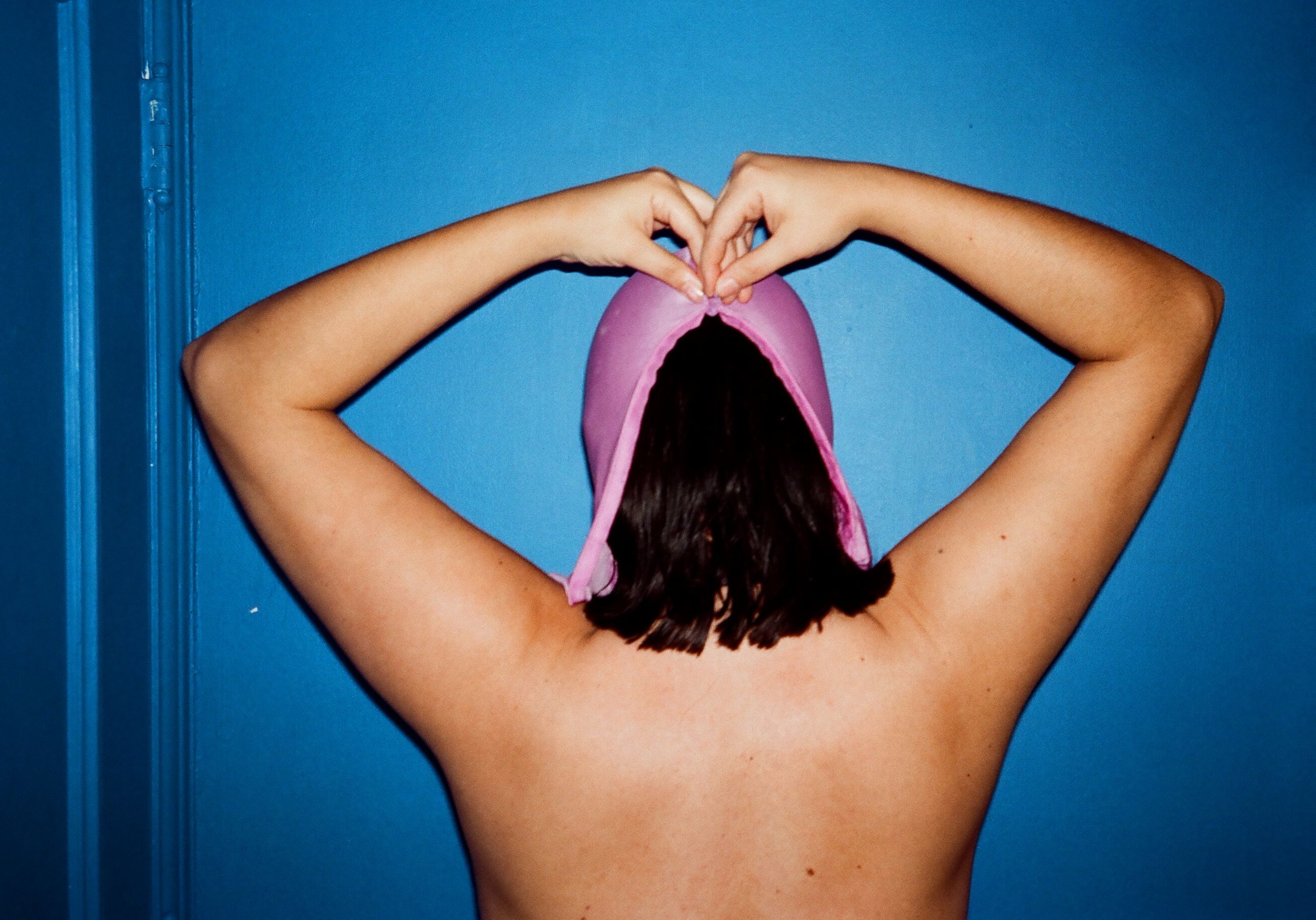 Content For a better feel of her aesthetic, pay her a visit mistressveronicavixen.com

How and to what extent do you connect with your clientele?

MVV: Social media, website, emails, and bookings. Working from home, I try to keep a 9-5 schedule for in person or live cam sessions. I do outcall sessions as well, where I have my client book a high-end hotel or dungeon. Sessions are paid by the hour. No sex is involved. The chance of seeing me nude is slim to no fucking way. Instead, my client gives his entire body and mind over to me.

MVV: Lately, I find a lot of first time clients approaching me off of social media as opposed to fetish sites.They are curious to try something they’ve fantasized about, buried deep inside them or haven’t taken too far in their personal lives. With some skittish newbies, it can take a bit of relationship building through e-mail or Skype sessions before an in-person session is set up. This also helps to weed out the fakes and find a sub who I can have a strong Domme/sub connection with. New clients should know that trust, privacy and a healthy, sex positive mentality are a guarantee from me. And I’m expensive. A sub should be 100% honest with me about his pain tolerance, sexual interests and limits. This helps to give insight into their desires allowing me take control and transform it into my pleasure.

By the same token, you’re fulfilling them by them pleasing you, no?

MVV: Yes, exactly. There is a strong bond that can be built between Domme and sub. I take them down a path that can be both sexually rewarding or mentally stimulating. Having them give into their submissive and/or masochistic tendencies. 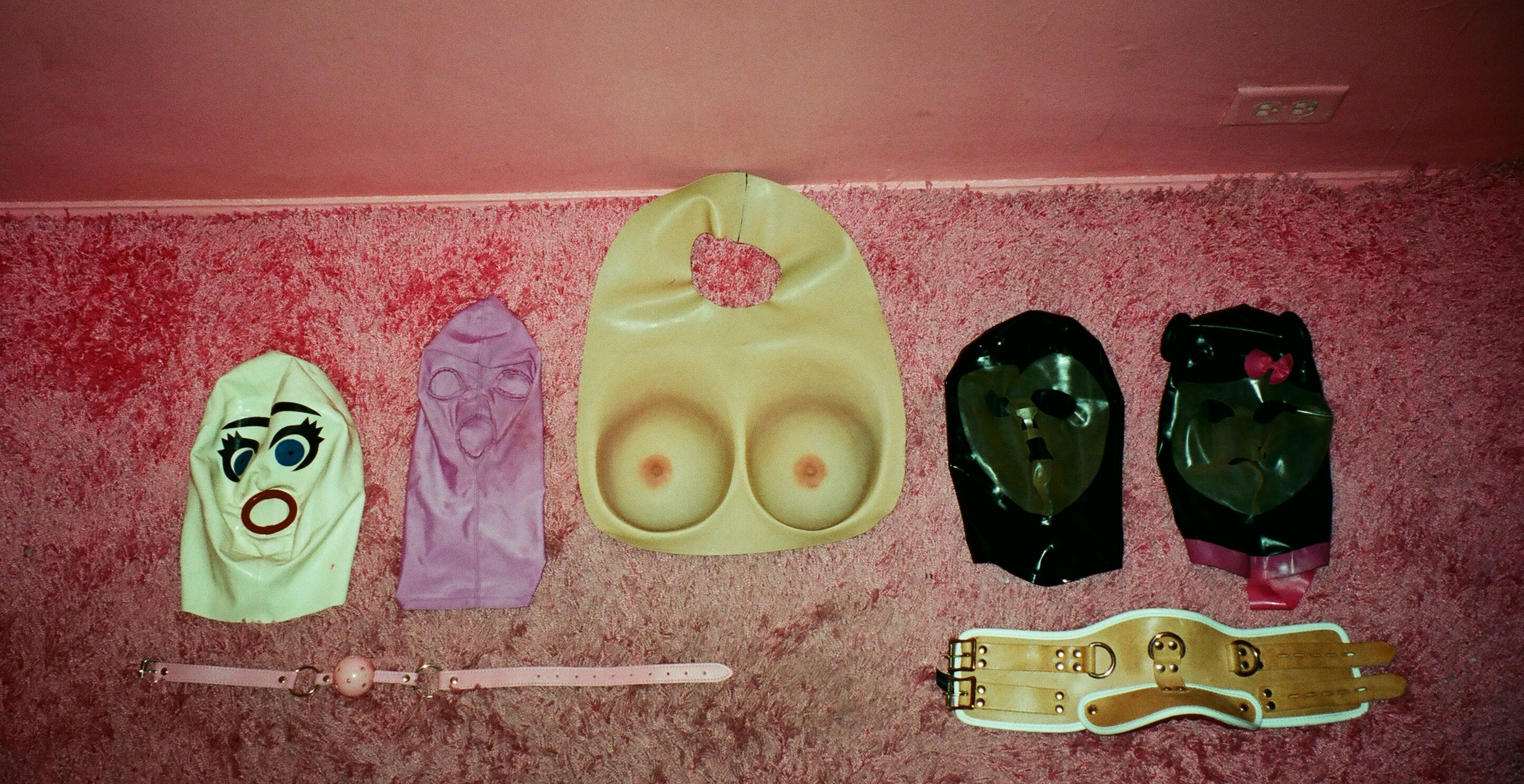 Just a few of the professional bad bitch's work tools.

MVV: It’s a balance. If somebody’s not into humiliation, I won’t do humiliation. You can slowly slide it in there after a couple of sessions and most people are open to it. Once they are in the act, you can bring humiliation into it, because a lot of people are willing to do whatever gets me off. It turns them on to see me turned on. It just depends. You have to read each person individually. There are so many different fetishes and so many different ways to play it.

As far as humiliation, what does that entail?

MVV: It could be verbal, physical, public or all the above. Physical can include having them do fun stuff like licking the underside of the toilet seat clean or my favorite, spitting in their face. I want to do much more in depth public humiliation scenarios. I’m very much into all those public sluts. I’m usually the one making the requests … well demands [laughs]! It depends on the slave’s interests, but some examples are male slaves using the ladies restroom, publicly showing me their panties, kissing my shoes while thanking me relentlessly, and leash walking. 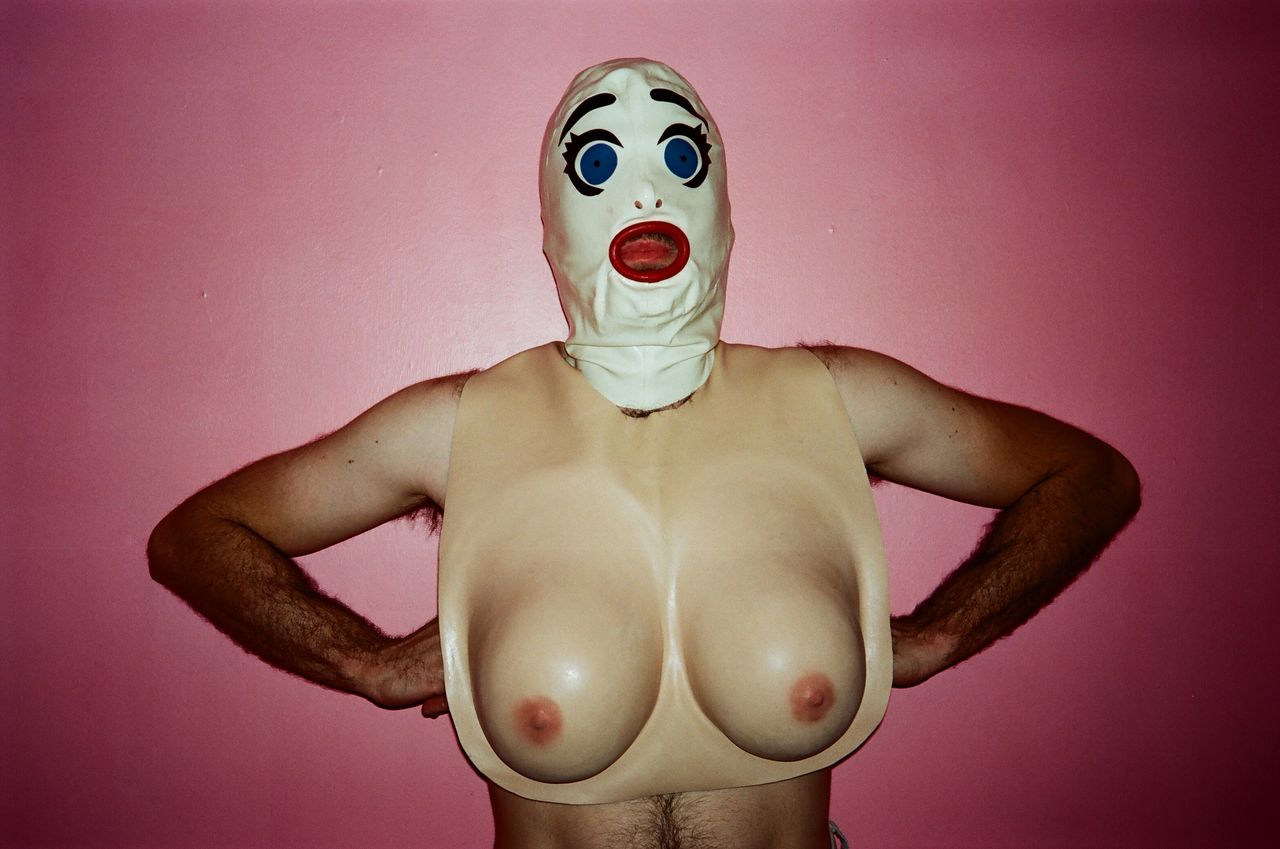 Did you know you can take humiliation classes through Den of Iniquity? (Read on.)

Give us a few blissful public scenarios that would turn you on.

MVV: Shopping experiences with a human ATM are always a turn on. Money equals turn on. Beating a guy up in an alley with a fellow Domme, taking his wallet and clothes is also on my list.

What additional words of wisdom can you give someone looking to explore the Domme/sub relationship further?

MVV: Set realistic expectations. I am not your girlfriend. I do not want to make contact outside of the dungeon on a personal level. It’s very rare that I choose to do so. Know my role and yours. Be respectful to the Domme and expect it in return. 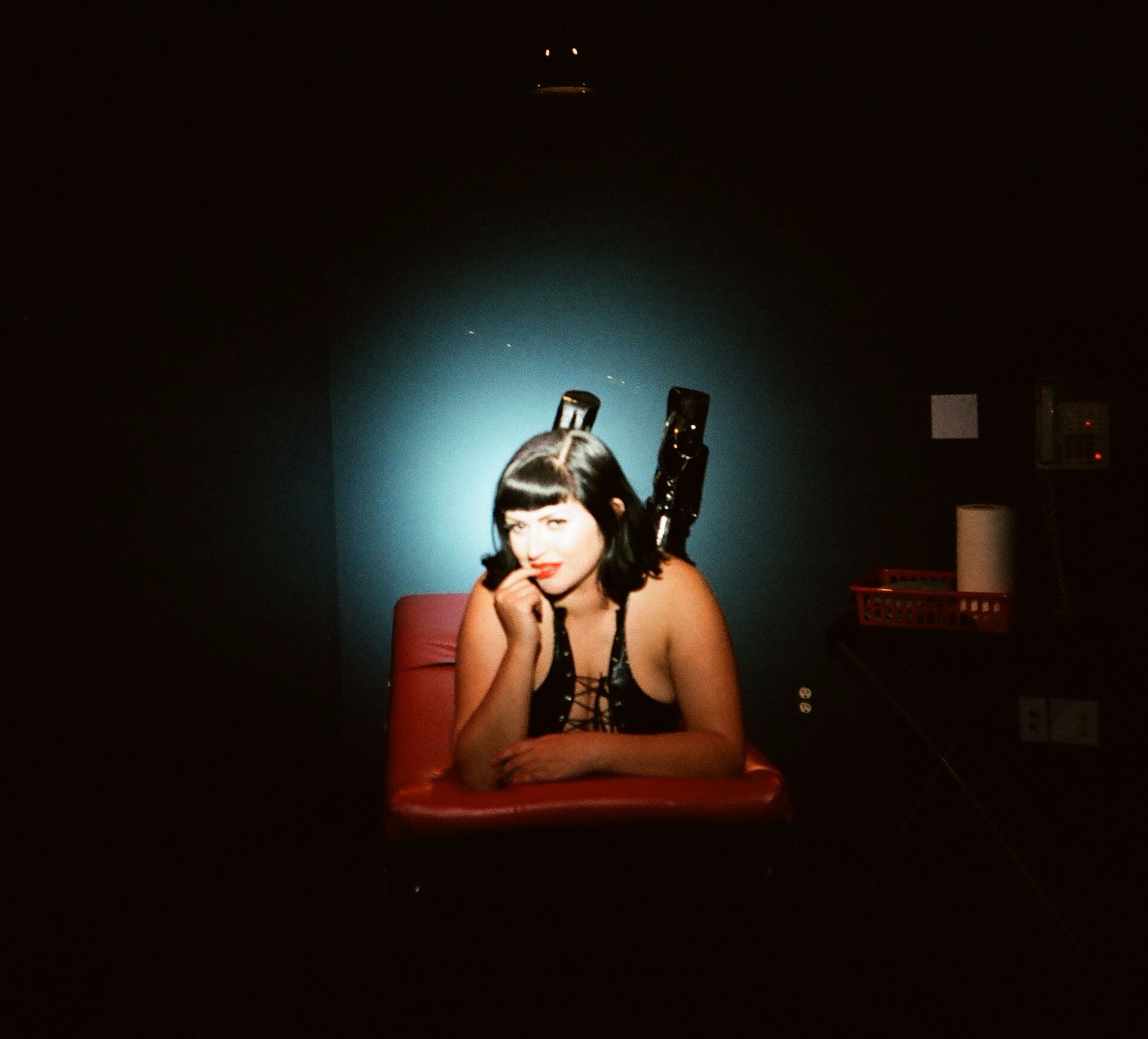 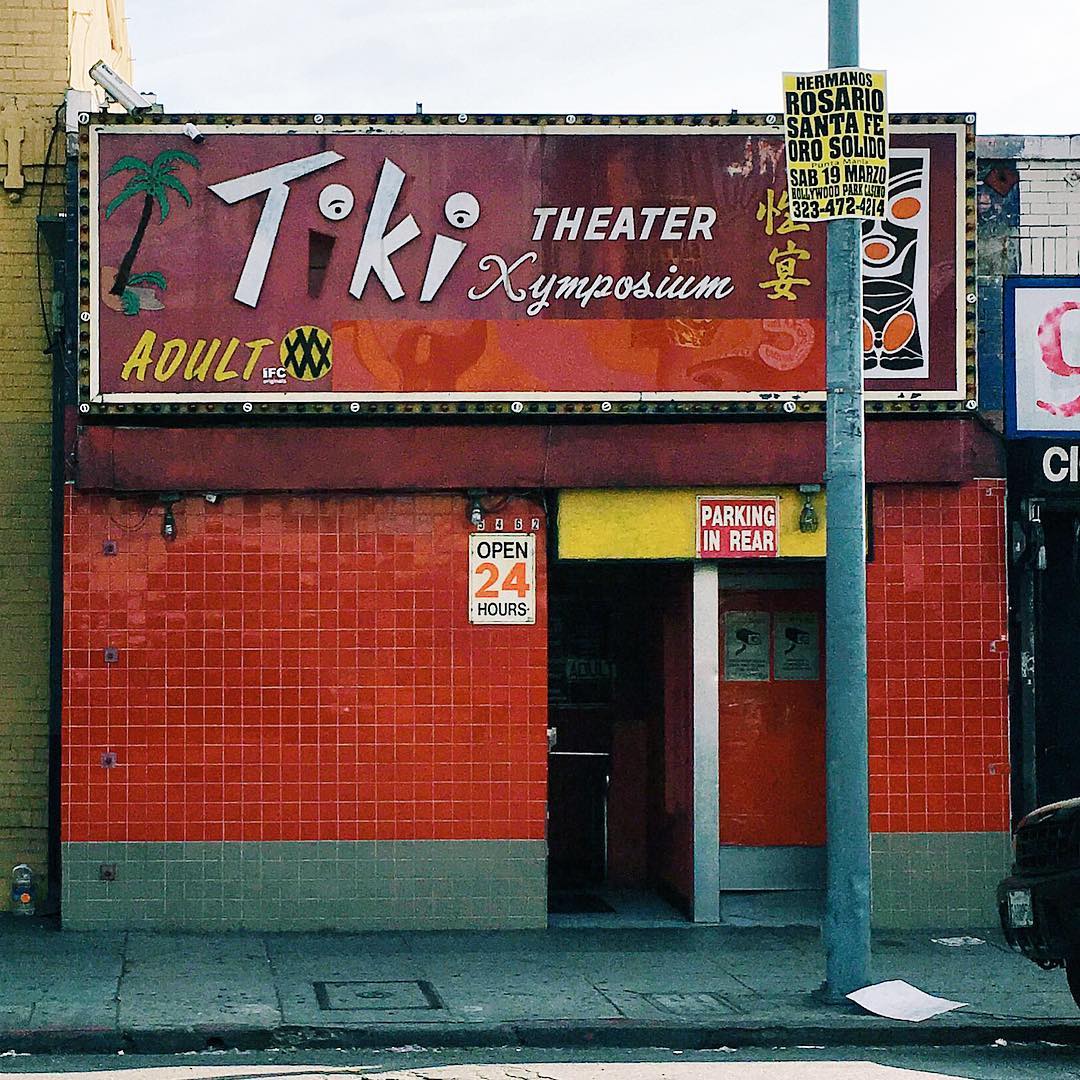 Ever see the movie Jackie Brown? This is where Pam Grier and Michael Keaton talk money heist. This is also where you can expect to see rappers, 10-person entourage deep, turning the air into money confetti. The women here will hustle you quicker than you can say lap dance and at the end of the night you’ll thank them for doing so. 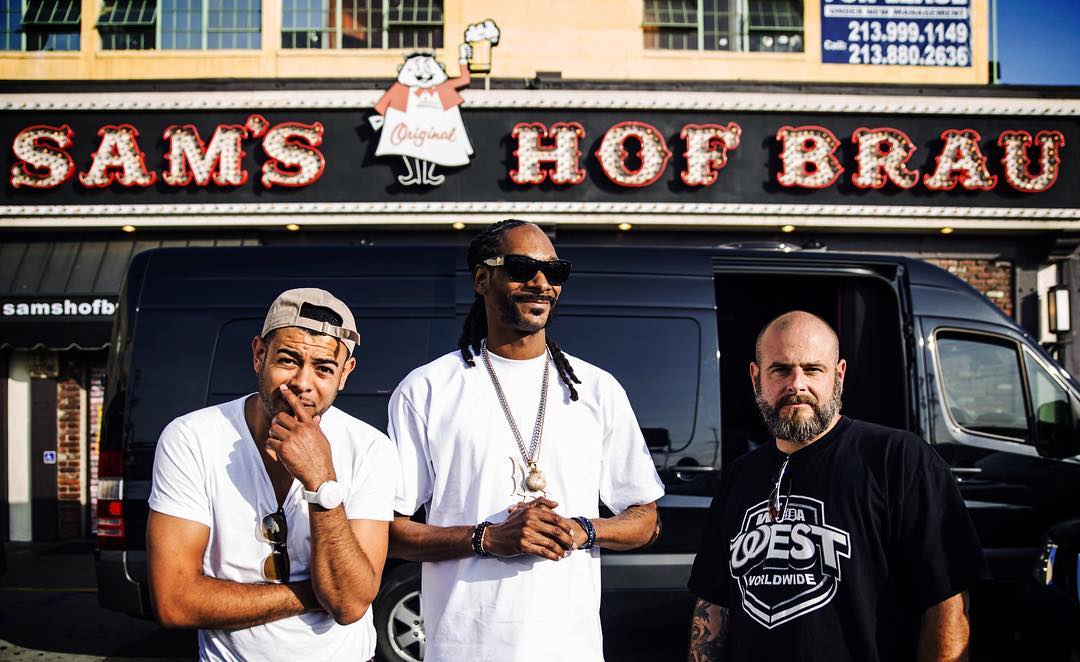 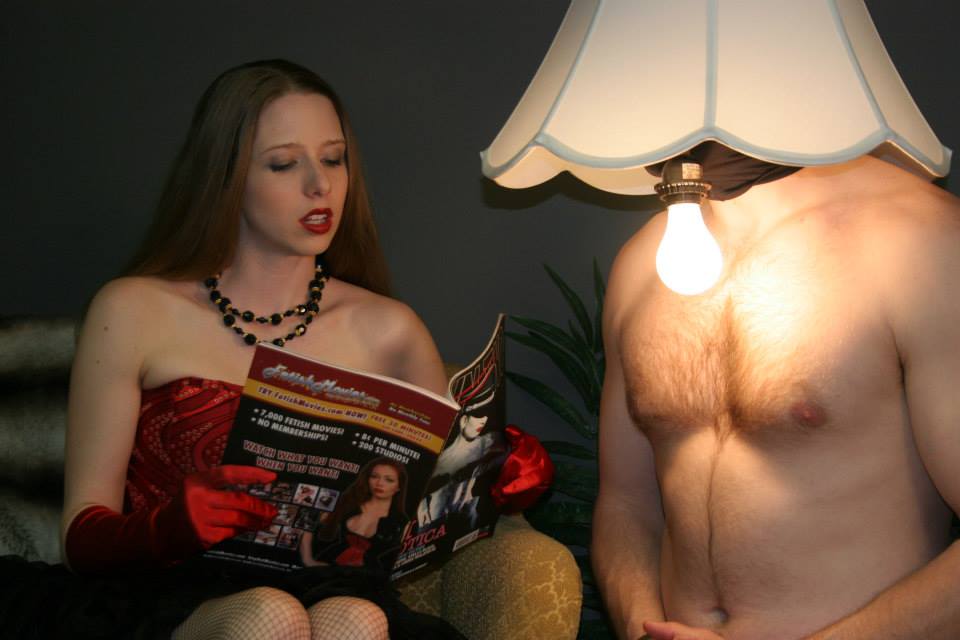 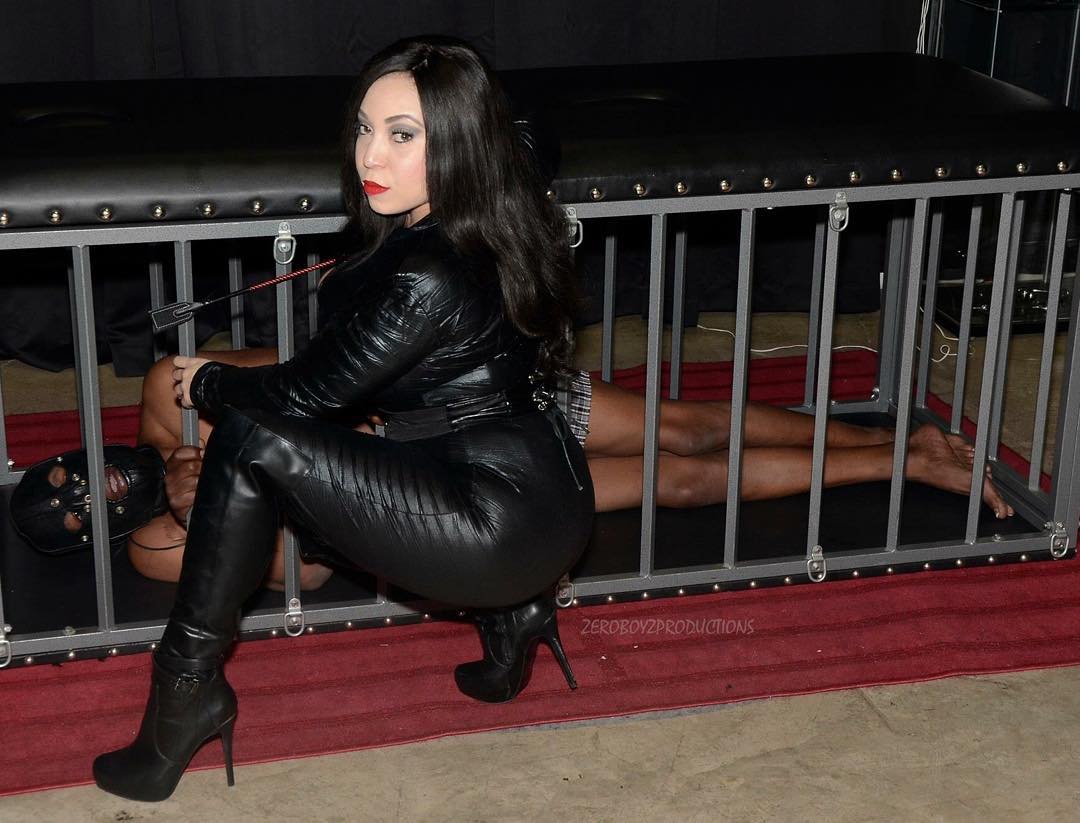 The appropriately named Sanctuary LAX (5 minutes from LAX) has an amazing and huge facility that gives patrons all kinds of choices for rooms and events. Open for private sessions as well as room rentals, booking a night is never difficult especially being open seven days a week. Domination never sleeps. 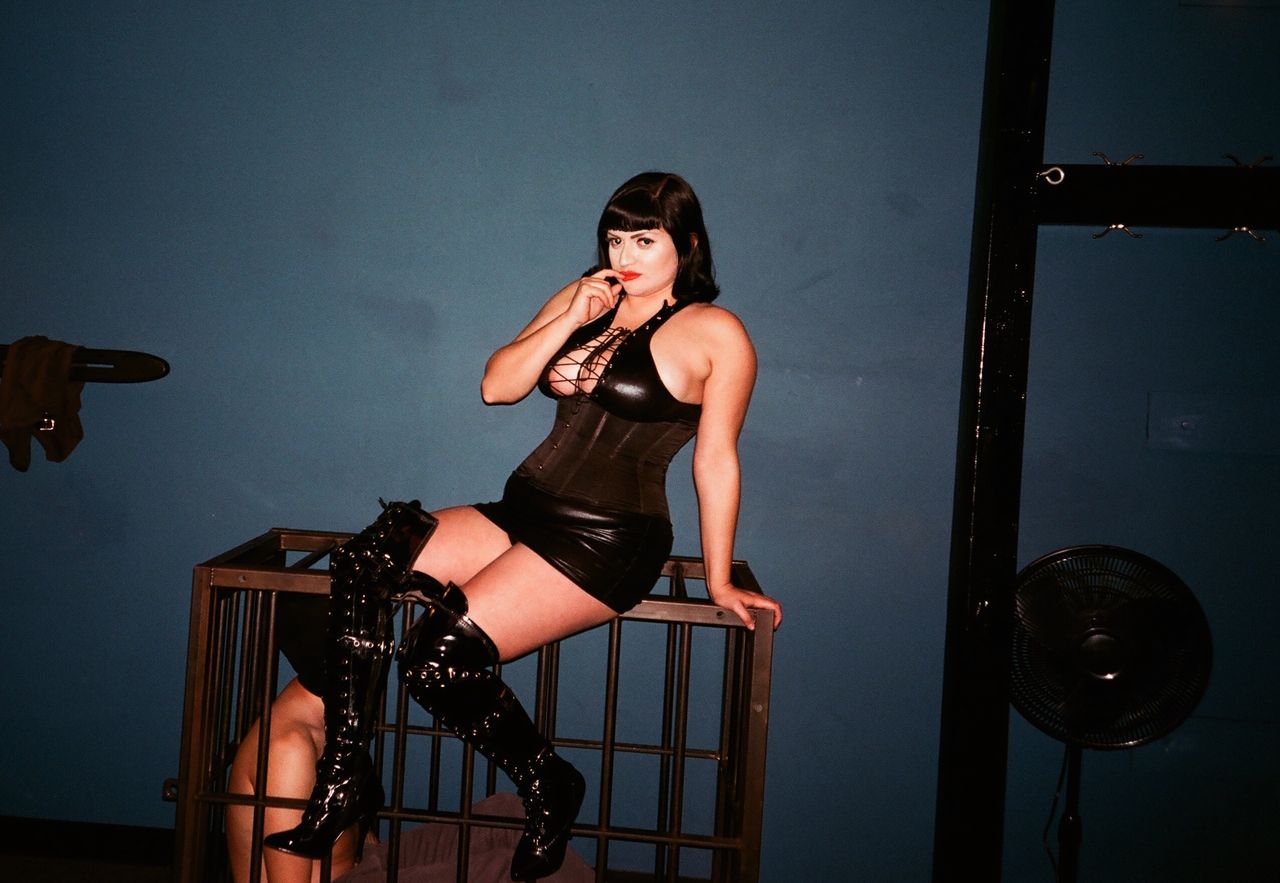 Misstress Veronica in her domain.  Image courtesy of Alex LeGolvan

Slammer is a sex club for men without borders, a sort of functioning sexual democracy. Tread with insight and arm yourself with knowledge before you visit. Even though anything and everything goes, a membership is still required. 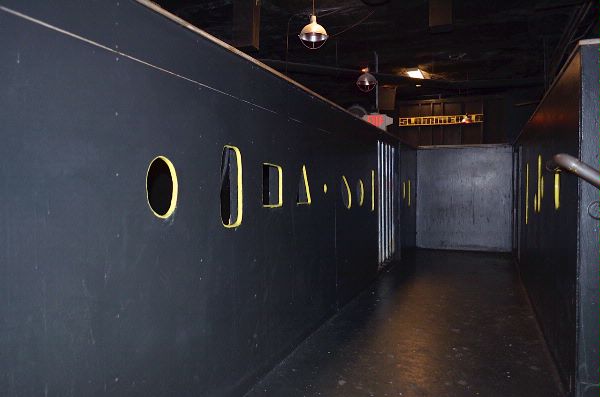 For boys only. Image courtesy of Slammer.

Irongate Studios is in the valley, but that shouldn’t deter your drive. Available for beginners, Irongate serves as a place to all level types, without making you feel like a newbie. 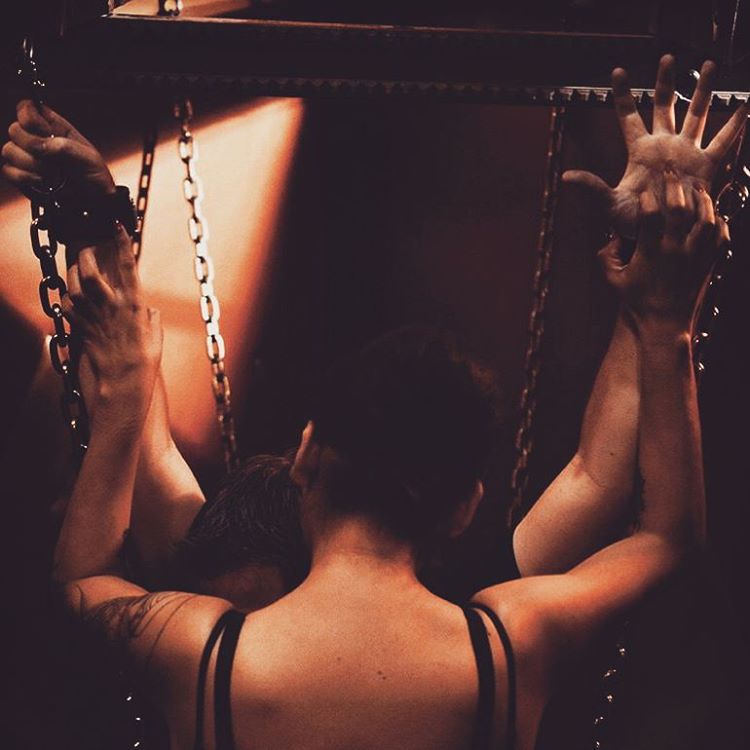